CRFF - 5 Things we learned from “Eddie” 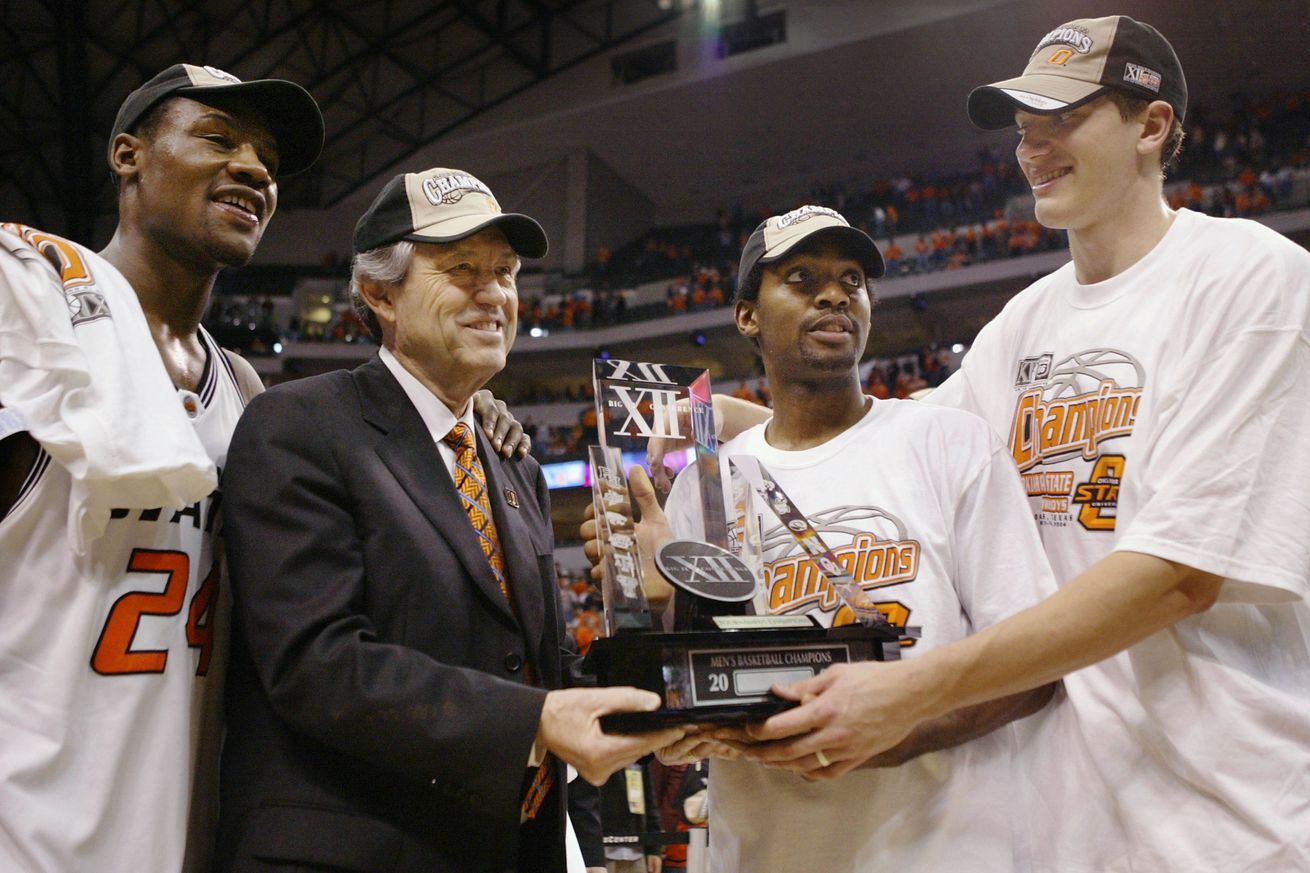 Photo by Brian Bahr/Getty Images
What the documentary on the life of Eddie Sutton taught us about his life.

It’s been about 24 hours since “Eddie” premiered. In that time, I’ve had a chance to think about the things the movie shed light on that I for one, didn’t know. Now, keep in mind that I actually did not know much about Coach Sutton prior to watching this film. So some of the things might be obvious to the die hard OSU fan, but I’ve gotten into OSU basketball more recently.

1. He once took a job at a school where they hadn’t built the gym.


Coach Sutton got a call from James Taylor, president of College of Southern Idaho in Twin Falls after coaching at Tulsa Central High School for 8 years. The Suttons called Mr. Taylor and asked where the campus was. Mr. Taylor replied that they hadn’t built yet but not to worry it was gonna be great. Can you imagine starting your collegiate coaching career at a school with no gym?

2. Patsy was his “assistant coach”:


One thing I’ve learned about coach Sutton is that he and his wife Patsy were deeply in love. What I didn’t know is that she was just as important to his coaching career as any assistant he ever hired. Sutton’s daughter-in-law says in an interview in the film that he used to introduce Patsy as his “No.1 assistant”. And she truly was. Mr.Sutton used to say that she knew just as much about basketball as he did. I had no idea that she scouted opposing teams for Eddie. I knew that she was involved in his career, was always kind of looked at as a second mom to his players, but I didn’t know how truly involved she was in his career on the court. That’s amazing and as a woman trying to get into the male-dominated world of sports, inspiring. Mr. and Mrs. Sutton were basketball couple goals.

3.Sean Sutton took a lot of heat while at Kentucky:


When things went sour at Kentucky, Eddie’s son Sean took just as much of the heat as he did. When they accused him of taking someone else’s SAT, despite that it was proven that he didn’t, it didn’t stop the name calling and harassment. That season was hell on Sean. Honestly you really learn just as much about Sean throughout as you do Eddie. From his prescription drug problems, to his rough childhood of verbal abuse due to his father’s drinking problem, to his career going to the NCAA tournament as a player for his dad and assisting him you really don’t realize the up and down life that Sean Sutton has had until it’s weaved into his father’s story.

4. He revitalized basketball at Arkansas:


Eddie Sutton saw something in the Arkansas basketball program. And he essentially rebuilt it. At the time Arkansas was pretty much strictly a football school until Eddie got there. He brought a charisma that made fans get behind the time. Especially with the power of T.V. He started then on a winning track early making going to Barnhill Arena the thing to do in Fayetteville. He would go on to a final four in 1798, Eddie’s third season. I didn’t realize how much he became almost an instant celebrity. (Sidenote from this part of the documentary: I didn’t realize he ever had a perm.) Eddie had some much swagger that I never knew he had. One of the other things that I didn’t realize from this portion is how much Eddie really loved it there. He mentions that he thought that’s where he would retire and that one of his biggest regrets was ever leaving.

Eddie was actually quite shy:


This documentary didn’t shy away from talking about the good, the bad, and the ugly. In doing so, it talks about how Sutton was quite introverted which became the root of what they would grow to realize was a drinking problem. Doug Gottlieb mentions Eddie’s anxiety when his father worked with him at Creighton. He grew up in in a small town quite shy and private, then was sort of thrust into the spotlight. This introverted personality was something most people would never know by watching the T.V. appearances, interviews with the media, the flashy hair and close. But according to one of the film’s interviews it was something that he “turned on and off”. There was a lot of pressure and it became a lot for Eddie.