CRFF - Cade Cunningham to Kentucky? Not so fast, my friend 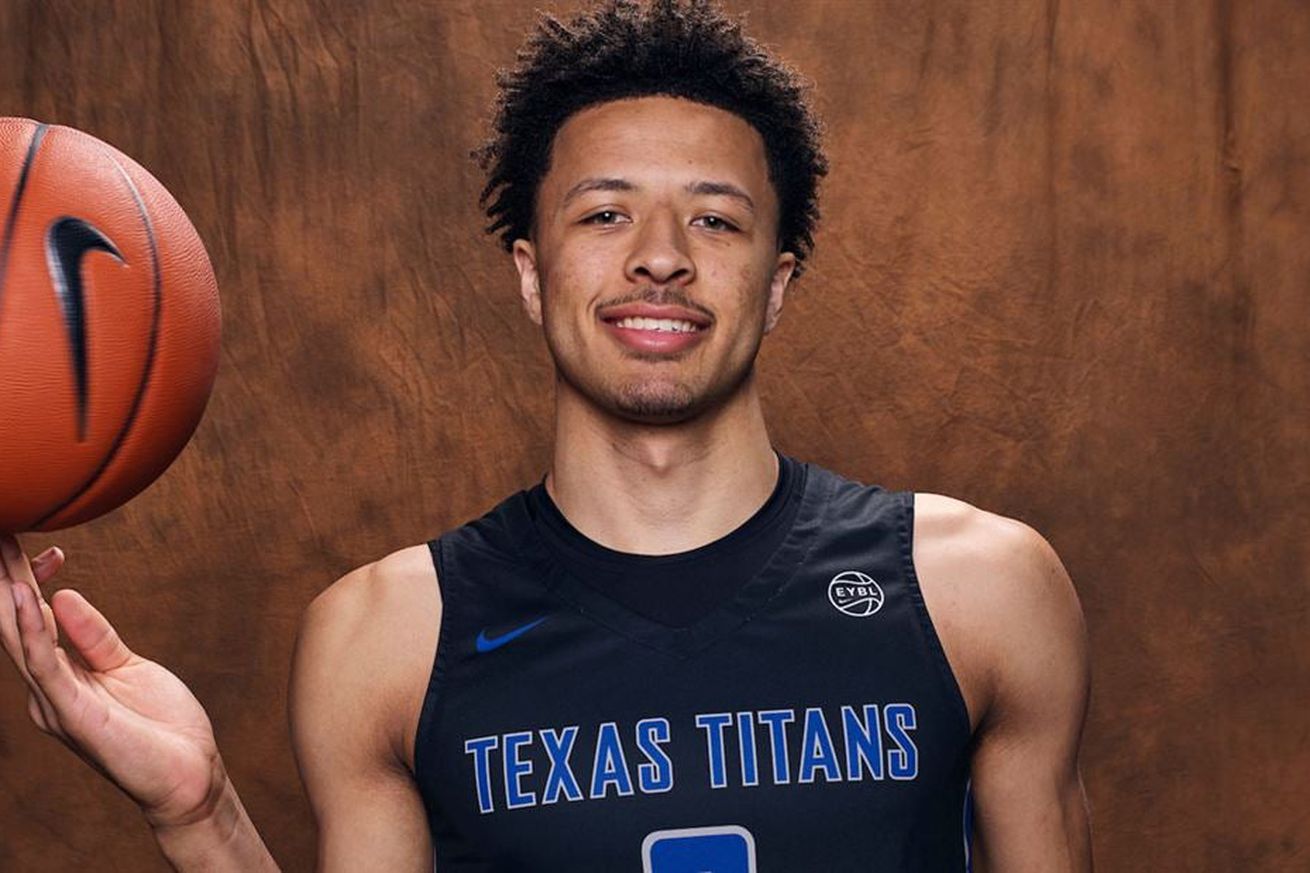 So, Cade Cunningham to Kentucky, eh? That seems to be the current vibe with the so-called “experts” of the recruiting world. To be honest, I’m not necessarily buying it, and a recent 5 Star PG commit is why.

Devin Askew committed to the Wildcats last week. The 10th overall ranked player in the 2021 class, Askew had been linked towards Kentucky for the past couple of weeks before making it official. So what does a PG in a different class have to do with Oklahoma State’s chances of landing Cunningham, you might ask?

For starters, Cade has long stated that he wants to win a national championship and be able to choose who joins him at whichever school he commits to. Take this quote from an interview Cade did with Corey Evans of Rivals earlier this month:

“I want to win a national championship. All five of my schools, I feel like I could go there and win a national championship and that is why they are in my final five. I never lied about that and whether people agree with me or not. These are schools that if I were to go there, is a group of guys that I know that I would be able to get and for other schools, I could get different guys.

I am really big on choosing who I want to play with and it will be one of the last times that I will be able to do that. While I can, I might as well take advantage of it.”

The reason this seems to bode well for Oklahoma State is that Kentucky currently has 4 signed to their 2020 recruiting class. If Askew reclassifies to from ‘21 to ‘20, which is very possible, that would give them 5 already committed for this current cycle and a 5 star PG for Cade to immediately battle for playing time with.

Just today, North Carolina secured a commitment from a 4 Star CG, RJ Davis. That brings their current class to 4 as well, and if what Cade has said about wanting to bring players with him is true, both the UNC and UK situations (with nearly full classes) don’t seem to line up with his desires.

What’s interesting about the North Carolina situation is that Davis’ recent commitment could mean that both Cade Cunningham and Bryce Thompson have moved on. Davis (combo-guard) and Caleb Love (5 star PG) seem to have completed UNC’s backcourt for this cycle.


With the addition of RJ Davis, North Carolina’s 2020 backcourt includes him and five-star, Caleb Love. With UNC’s new addition this morning, this basically rules out chances with Cade Cunningham, others.

Although, staff hosts Donovan ‘Puff’ Johnson in November and it’s still on.

— Jake (@jakeweingarten) October 21, 2019​
Both Cade and Bryce have completed their allotted official visits, and now the recruiting world waits, on Cunningham especially.

I believe Oklahoma State stands in a very good spot for landing Cade. The fact that their class remains open gives him complete control to bring whoever he wants with him, if that’s something he’s still wanting to do.

Bryce Thompson, on the other hand, was recently projected by Andrew Slater (The Devils Den) to Kansas. It seems the battle for the Booker T. product is coming down to the in-state schools and KU.

Then there’s Rondel Walker, a 4 star SG from Putnam City West. Walker was present for Cade Cunningham’s official visit to Oklahoma State back in September, alongside JT Thor (4 star PF). Walker has announced that he will be committing on October 31st. The Cowboys hold both crystal ball predictions for Walker, and all six predictions for Thor.

Could Walker be the first domino to fall in Boynton’s favor? Is he, alongside Thor and others, the ones that Cade is referring to when he talks about bringing players with him?

#RecruitingSZN is full go for Boynton and co.