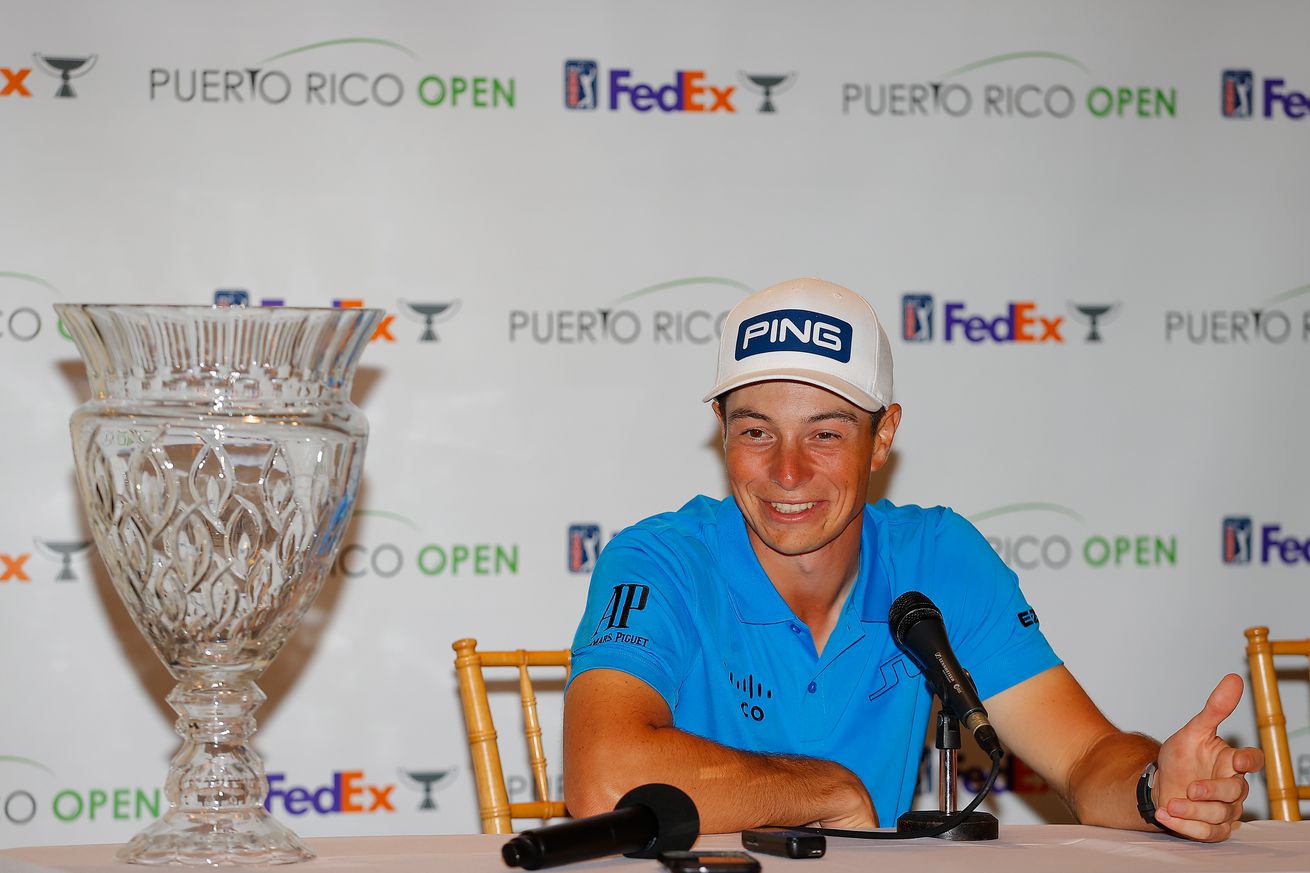 Photo by Kevin C. Cox/Getty Images
Welcome to High Noon Highlights, a place to catch up on everything you missed in Oklahoma State Athletics and beyond.


Hovland and Wolff are both PGA Tour card holders:

Norway is celebrating this morning as Viktor Hovland became the first golfer from their country to win a PGA Tour event. And he did in in almost the same way has his former Oklahoma State teammate Matthew Wolff. Both landed a walk off putt for the win.

Coach Boynton met his wife Jenny while an assistant at South Carolina. Now they’re helping the Cowboys be the best players they can.

Jenny then went to South Carolina, where she met Mike.

After the 2013 basketball season, they left for Stephen F. Austin, where she was a sports dietitian and adjunct professor.

At OSU, she also works with the women’s basketball, equestrian, softball, track and field, and cross country teams. At times, she helps with wrestling, cheer and pom, tennis and golf.

“It’s fun,” she said. “No day is ever the same and no person’s issues are ever quite the same.” {The Oklahoman}
​
Cowboy Baseball named No.23 by Baseball America:

The Cowboys saw themselves moving up a spot in Baseball America after an undefeated week. Here’s what the publication had to say about the team.


After a tough series loss to Grand Canyon to begin the season, Oklahoma State bounced back with an undefeated week. After a quality midweek win on the road against Arizona State, the Cowboys swept UTRGV at home, scoring 36 runs in three games. Freshman outfielder Caeden Trenkle had a breakout series, going 7-for-10 with two triples, two home runs and six RBI. With so many freshman arms in big roles for Oklahoma State, the importance of veteran lefthander Parker Scott is magnified, and he answered the call again. In game 1, he threw six scoreless innings, giving up one hit and two walks with 10 strikeouts. The Frisco College Classic this weekend will be a good barometer for where Oklahoma State is at this point of the season. {Baseball America}
​
Caden Trenkle improves with eyesight:

Ourfielder Caden Trenkle got contacts over the weekend and with that, his batting average improved.


Trenkle, an Oklahoma State freshman outfielder, led the Cowboys to an 8-4 victory against the University of Texas Rio Grande Valley on Sunday in Allie P. Reynolds Stadium.

OSU (5-2) secured a sweep of the Vaqueros, and Trenkle can thank his new contact lenses for helping him bolster the Cowboys’ offense.

“I got contacts two days ago, right before the series started,” Trenkle said. “And that really helped change things, so now I’m seeing the ball well and feeling really good about my swing.” {O’Colly}
​
Around the Big 12:

Memorial of Kobe and Gianna Bryant

This woman won a car at an Ole Miss basketball game