CRFF - High Noon Highlights (7/31): What to do about Oklahoma State’s homecoming 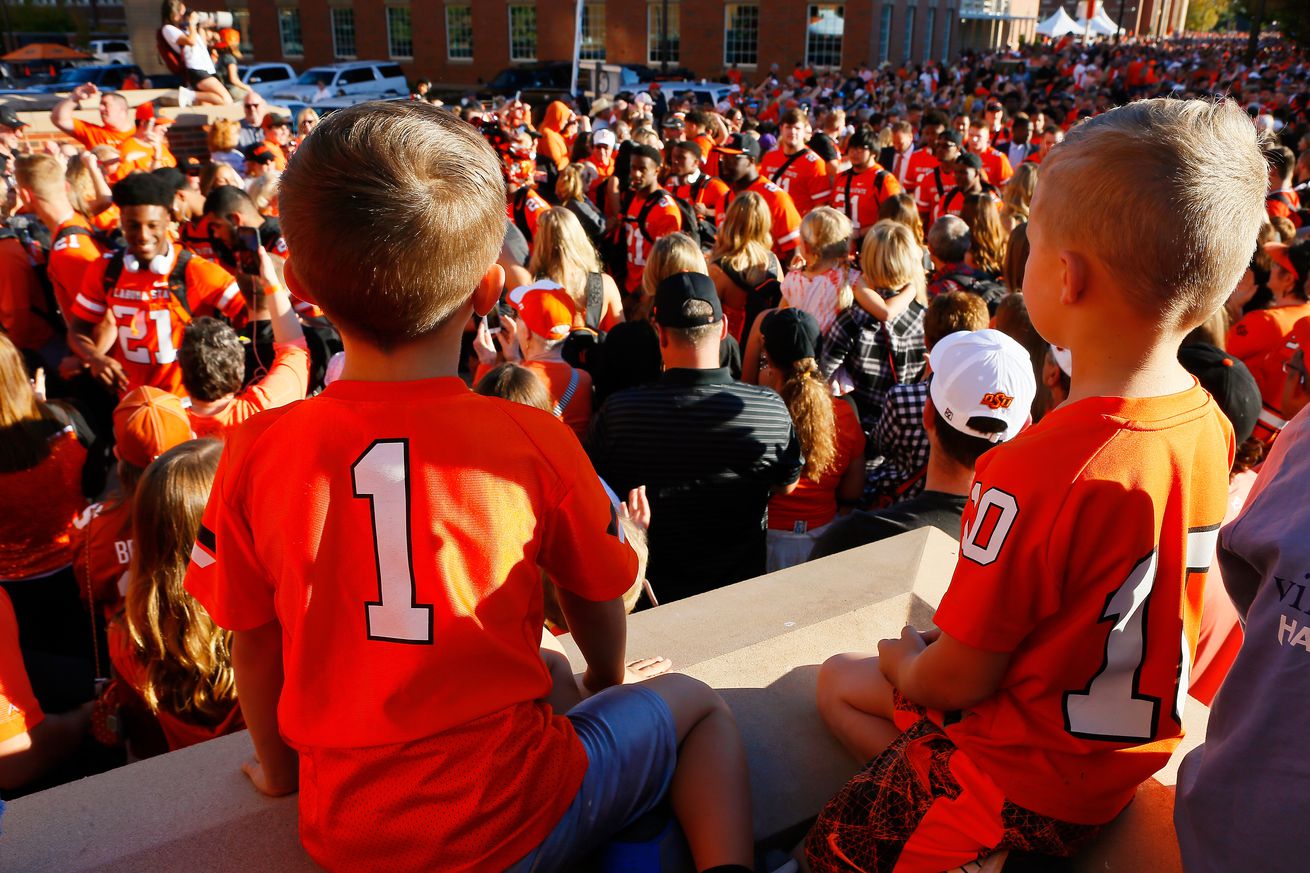 Photo by Brian Bahr/Getty Images
Welcome to High Noon Highlights, a place to catch up on everything you missed in Oklahoma State Athletics and beyond!

Homecoming deserves to be celebrated correctly:

Chris Becker wrote an opinion piece detailing why the centennial celebration homecoming celebration should take the Olympics approach and moved to 2021.


This homecoming deserves to be treated even better than a normal homecoming celebration. It deserves a celebration like never before without a global pandemic hanging over the heads of the supporters.

.The Walkaround brings thousands of people into the streets around the Greek neighborhood packed into large groups for long periods of time. According to the Alumni Association website the Walkaround is the “biggest and best” tradition of Homecoming. {O’Colly}
​
What Oklahoma State’s basketball starting lineup could look like:

Zachary Lancaster took the liberty of trying to come up with OSU 2020-2021 starting lineups.


This is probably going to be a little bit more difficult than I first thought it would simply because of all the possibilities. There’s a lot of returning talent on the roster and Mike Boynton and Co. did a great job of filling the 2020 recruiting class with talent.

I don’t think there’s any questions about these three guys: Cade Cunningham, Isaac Likekele and Kalib Boone. Cunningham and Likekele will be interchangeable at the one and two spots as both guys can create scoring opportunities for themselves, as well as facilitating for the guys around them. While we haven’t seen him at this level, I don’t think there’s any doubt Cunningham and Likekele will be two of the best players in the Big 12 this season. {Pokes Report}
​
Former Cowboy gets regular role on ‘Grey’s Anatomy’:

Awhile ago, we reported former OSU football player Anthony Hill would be guest starring on “Grey’s Anatomy.” Well, they must have liked him because Hill will not be a regular on the show.


Hill, for his part, guest starred last season as Dr. Winston Ndugu, a man from Maggie’s (Kelly McCreary) past who bumps into his former boss from Tufts while the duo were at a medical conference. Sparks flew and Winston is considered Maggie’s central love interest heading into season 17.

This is Hill’s second regular role in Shondaland. He previously starred in ABC’s short-lived legal drama For the People. His credits include Watchmen, Looking and It’s Always Sunny in Philadelphia. He’s repped by Authentic Talent and Literary Management and Metropolitian Talent Agency. {The Hollywood Reporter}
​
Around Sports:

How minor leaguers are staying afloat