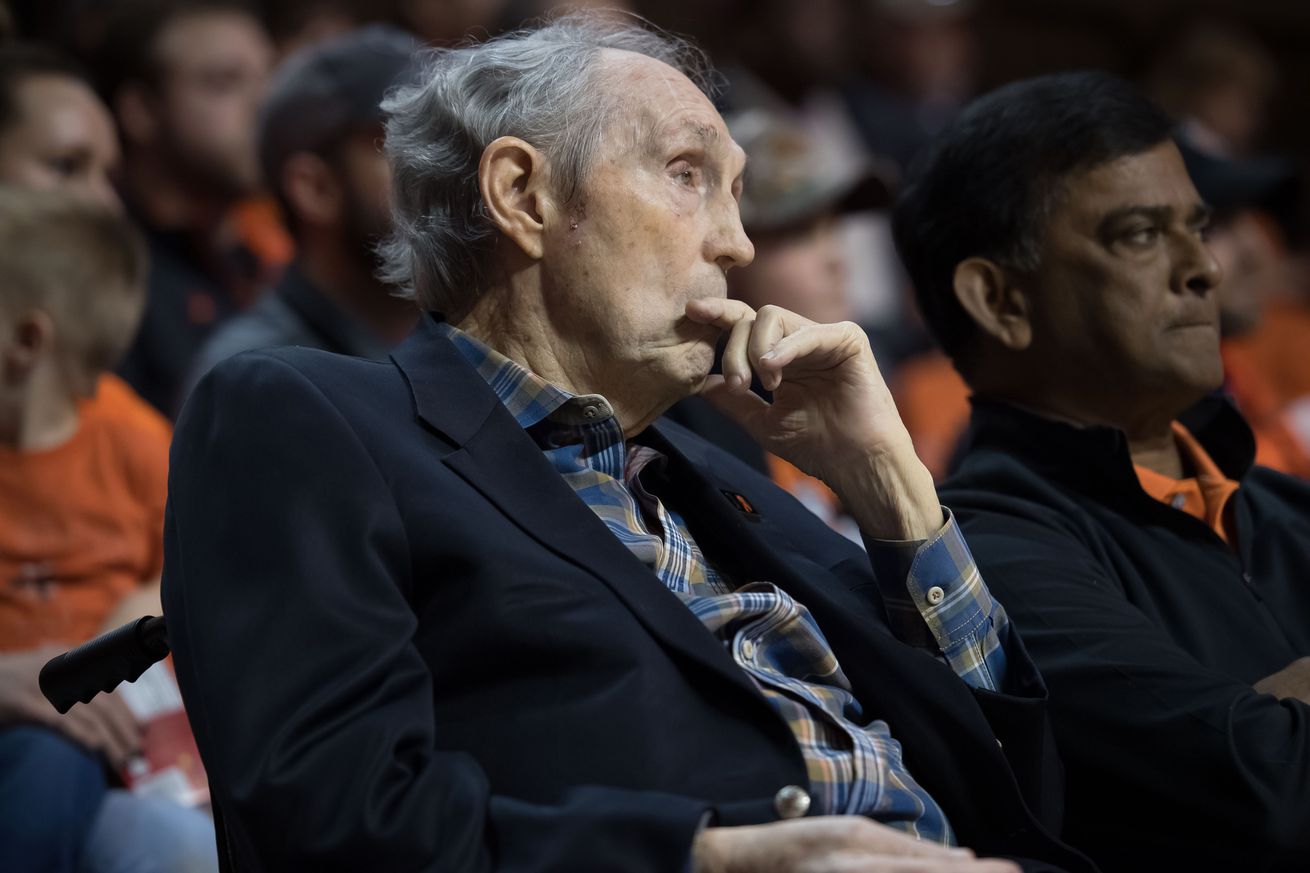 Rob Ferguson-USA TODAY Sports
It is the seventh time Sutton has been tabbed as a finalist.

There are three certainties in life: death, taxes and former Oklahoma State men’s basketball coach Eddie Sutton being named a finalist for the Naismith Memorial Basketball Hall of Fame.

Sutton, who turns 84 on March 13, was named a finalist for the seventh time Friday during the NBA All-Star weekend in Chicago.

Under his tutelage, the Cowboys reached the postseason 14 times in 17 seasons, including 13 NCAA tournament bids and two Final Four appearances.

The inductees will be unveiled April 4 during the NCAA tournament’s Final Four weekend in Atlanta.