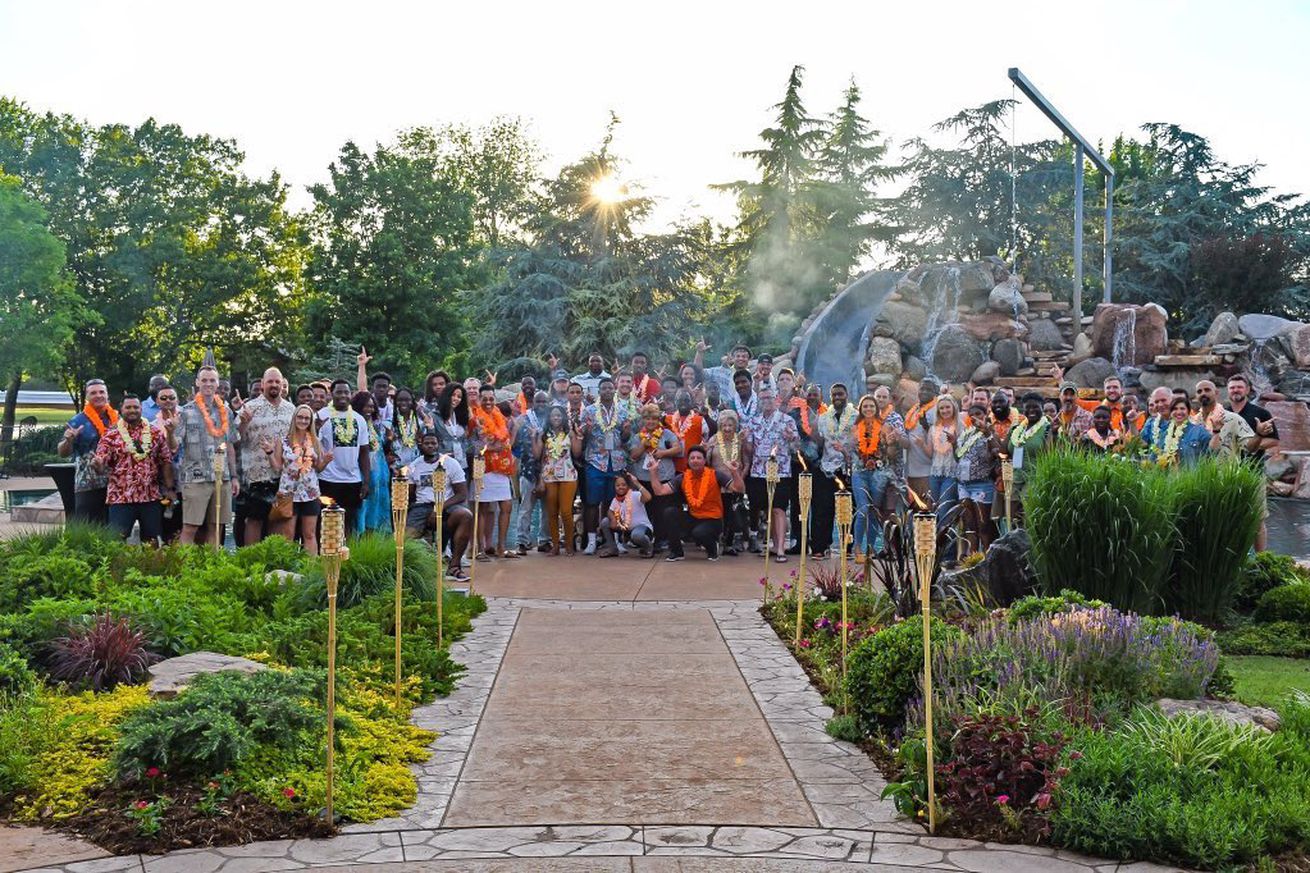 We speak with Jabar and Jahdae about their Stillwater experience

This past weekend was a BIG one for Oklahoma State recruiting, with dozens of prospects and commits in town for The Show and to check out Gundy’s house mansion Ranch-ion.

We ran through a list of those in attendance last week, that included some of the Cowboys top targets. Afterward we got in contact with two prospects who were in attendance; three-star Louisiana linebacker Jabar Triplett and three-star Texas cornerback Jahdae Barron.

Both were on official visits and said they came away impressed with what they saw.

“It was a good experience,” Jabar said of his trip to Stillwater. “It was my first official (visit) and I really did enjoy everything out there. We met with the coaches, had position meetings, one-on-ones with all the coaches. We got to met with players. They showed us the facilities. The facilities, they were nice. Everything i saw caught my eye. Everything like the weight room, the coaches offices, the meeting room for defense and offense, the turf and regular grass field.”

“This was my second trip to Stillwater,” said Jahdae. “I never went to the dorms or anything the first time. I just to talk with Coach Duffie and we took pictures. This time we did more. I got to see the whole facility. I talked to Coach Gundy. It was good. I felt very strongly about it. My mom was with me. She loved it, loved the environment. She loved the respect all the coaches had for each other.”

(Jabar’s mother also made the trip, and seemed to enjoy herself as well.)

Both spoke highly of the coaching staff, they way they treated the recruits, the players, and each other.

“The thing impressed me most was the coaching staff, the way the treated all of us the same,” said Jabar. “They made a good impression on me. I really liked everything up there.”

While both are defensive players, they had different position coaches to meet with. Jabar spent a good deal of time with Coach Knowles, who has been his primary recruiter.

“I met with Coach Knowles, Coach Shane Eachus (Defensive Graduate Assistant),” said Jabar. “I got a good impression from Knowles. He came down here and saw me in Spring. I went up there and he showed me the same love, you know.” 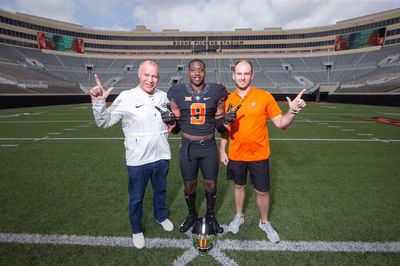 “From what I’ve seen from Coach Duffie, he’s a great person,” said Jahdae. “I like what he has and I like where he wants to lead me. We watched film and I learned a lot of different techniques and how he works his corners, Coach Duffie. We broke it down.”

As we mentioned, the trip included an evening at Coach Gundy’s Ranch-ion (as we will now call it.) 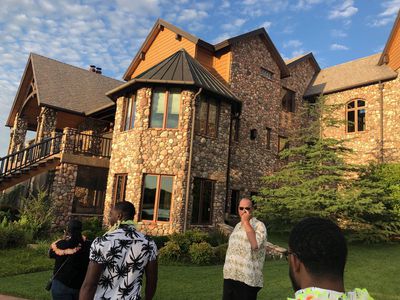 “We went to Coach Gundy’s house. It’s pretty big,” said Jabar. “We ate food and everything and just had a good time out there. Spent time with each other, the coaches, the families, everything.

“We ate and watched the (NBA) Finals,” said Jahdae. “The house, it’s beautiful. Probably one of the best houses I’ve ever seen. Everything’s real organized. It’s a beautiful house. And he has a lot of land.”

As far as what he is looking for, Jabar discussed what was important to him on and off the field.

As for where Oklahoma State stands? Jabar listed the Cowboys as his top school late Wednesday night. He also has an official visit set up at Texas Tech this coming weekend and plans to take more.

“I don’t have the others set up yet but they will be set up soon.”

Jabar says he would like to commit sometime in the beginning of August.

Jahdae spoke a bit about his recruiting, calling the entire process mind blowing and a blessing. He says he’s still working on cutting down his list of 14 offers.

“I’m bringing my list down, I’m narrowing it down,” said Jahdae. “i just haven’t decided when I’m going to do it. But OSU is high on the list. Very high.”

As for other visits, Jahdae doesn’t have any planned right now.


There are a few visitors we initially missed that were worth pointing out.

Jerrin Thompson - **** 2020 safety from Lufkin, Texas has 16 offers, but announced a top five back in May that included OSU, Arkansas, LSU, TCU, and Arkansas. He earned the District 8-5A-I Defensive MVP award as a junior after a 90 tackle, 15 pass break-up season.

Isaiah Jacobs - *** 2020 running back from Owasso, Oklahoma is the 6th ranked player in the state, and the brother of former Aabama back Josh Jacobs who is now with the Oakland Raiders. He has 15 offers with Alabama, Michigan, Ole Miss, and Arkansas considered the favorites, though the Tide have yet to offer.

Cameron Williams - Oklahoma State was the first offer for the class of 2022 offensive tackle from Duncanville, Texas back in mid-January. Since then he’s picked up offers from Utah, Georgia Tech, Baylor, and SMU.