Click to expand...
The spread is Baylor -6. I mean I hate betting against OSU but... This seems like easy money

This game is going to be stupid.

Crazy to think how much the tables have turned between these programs. It used to be Baylor was the bottom of the barrel and we were top shelf.

Anderson and Boone starting this game. 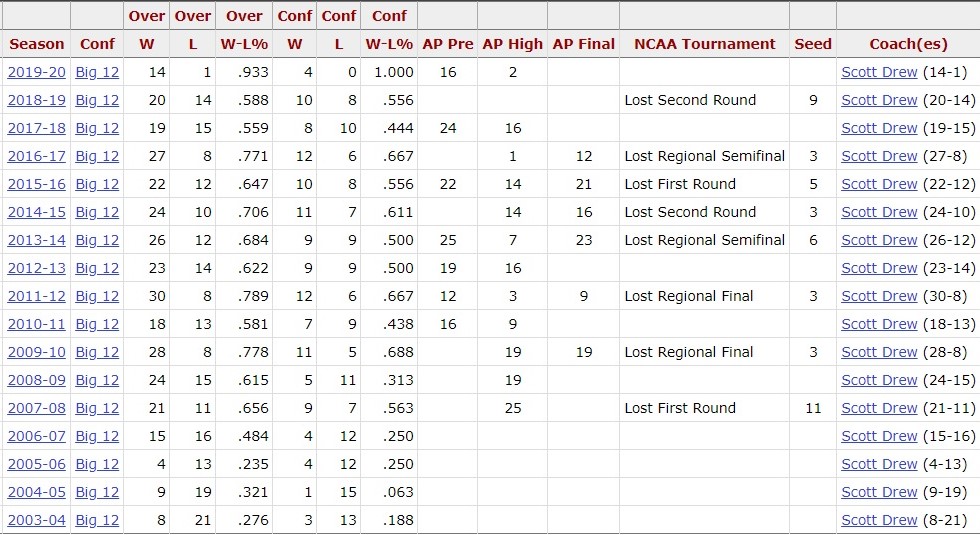 OStateBBjunkie said:
I wonder if some of their fans wanted him fired after his 3rd year

Click to expand...
He did take over after a literal MURDER then a cover up by the coach blaming the victim as a drug dealer in order to obfuscate the coach's illegal financial contributions to the player. Boynton did take over a mess but its nothing compared to what drew inherited.

And holy hell but is Baylor a morally bankrupt institutions. Two of the most unbelievably insane sports scandals of my lifetime occurred there. Ranking of college sports programs that absolutely shock the conscience:

Also all pretty successful and if character mattered in our society all would be mired in mediocrity for the next twenty years until they proved real institutional changes were made.
G

jetman said:
This game is going to be stupid.
Click to expand...
Do you always have to be so negative?

Well. I'm not going to be there so I can't show up late. We've lost the games I've showed up late. Guess we'll win today. GO POKES
ORANGE!!!!!!!

Sent from my SM-N960U using Tapatalk

Made two threes and now that is all they are shooting.

Looked like Yor was falling back before contact on the charge call, but we will take. Due for some breaks.

At times, GIA reminds you of how special of a place it is