Trevor Martin had a good outing

I wonder how many sliders our pitchers are throwing or are they back to pitching what got them a D1 scholarship in the first place?
O

Draft Guys: I think it is expected that all of our draft guys, including high school players, will sign. I am sure that Josh tried to make a pitch to Riggio, but he seemed set on starting his pro career. Happy to see Wroblesky get drafted pretty high considering he just had TJ surgery.

Summer Leagues: It is hard to get a lot of information but it looks like Trevor Martin and Jake Thompson are doing very well in the Cape. Brice Osmond has had some good games and average games based on expectations. Caeden Trinkle's and Miller-Green's averages are well below .200 and too many strikeouts as well. The Miami transfer has pitched quite well in the Cape and has been 95-96 consistently. Kale Davis was invited to the Cape but is working out on his own instead. Colton Bowman was in the Cape and had one appearance before arm issues arose and he is working out on his own. Roman Phansalkar made the all star game playing in the Cali League and has hit 96 and 97 with strikeout to walk ratio much improved. At one point, Marcus Brown and Matt Golda were 1-2 in the Appy League in hitting so they are both having really good summers. I am sure there are others playing but I am not sure who or where.

USA National Team: Justin Campbell is being Justin Campbell and has been outstanding. I saw the NC State head coach was really impressed by Justin. He is a stud and is the clear Friday night starter for OSU next season as far as I

cowboyup58 said:
I wonder how many sliders our pitchers are throwing or are they back to pitching what got them a D1 scholarship in the first place?
Click to expand...
You have to wonder. Osmond had a really good summer last year but wasn’t very good this season.
O

Top 2022 Commit RHP chase shores. Unless he really wants to college baseball, it’s highly unlikely he makes it to OSU

2022 commit…Matt Holliday’s son. Legit top 3 round talent so it’ll be interesting to see if he wants to play in college or not 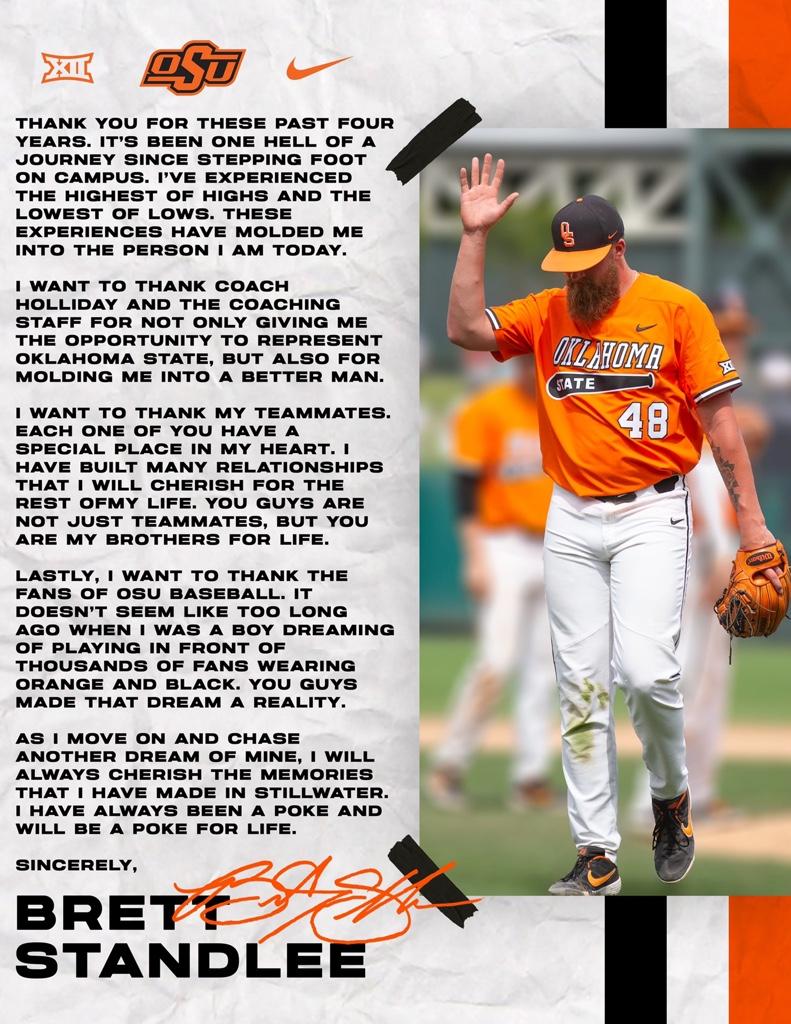 Max Hewitt signs with the dodgers

Tyler Collins officially turns pro and signs with the Atlanta braves. HS OF drafted in the 8th round.

Some cowboys seem to be having some really good summers

Plenty of pitching in the 2022 recruiting class. I just hope the majority of them make it to campus.