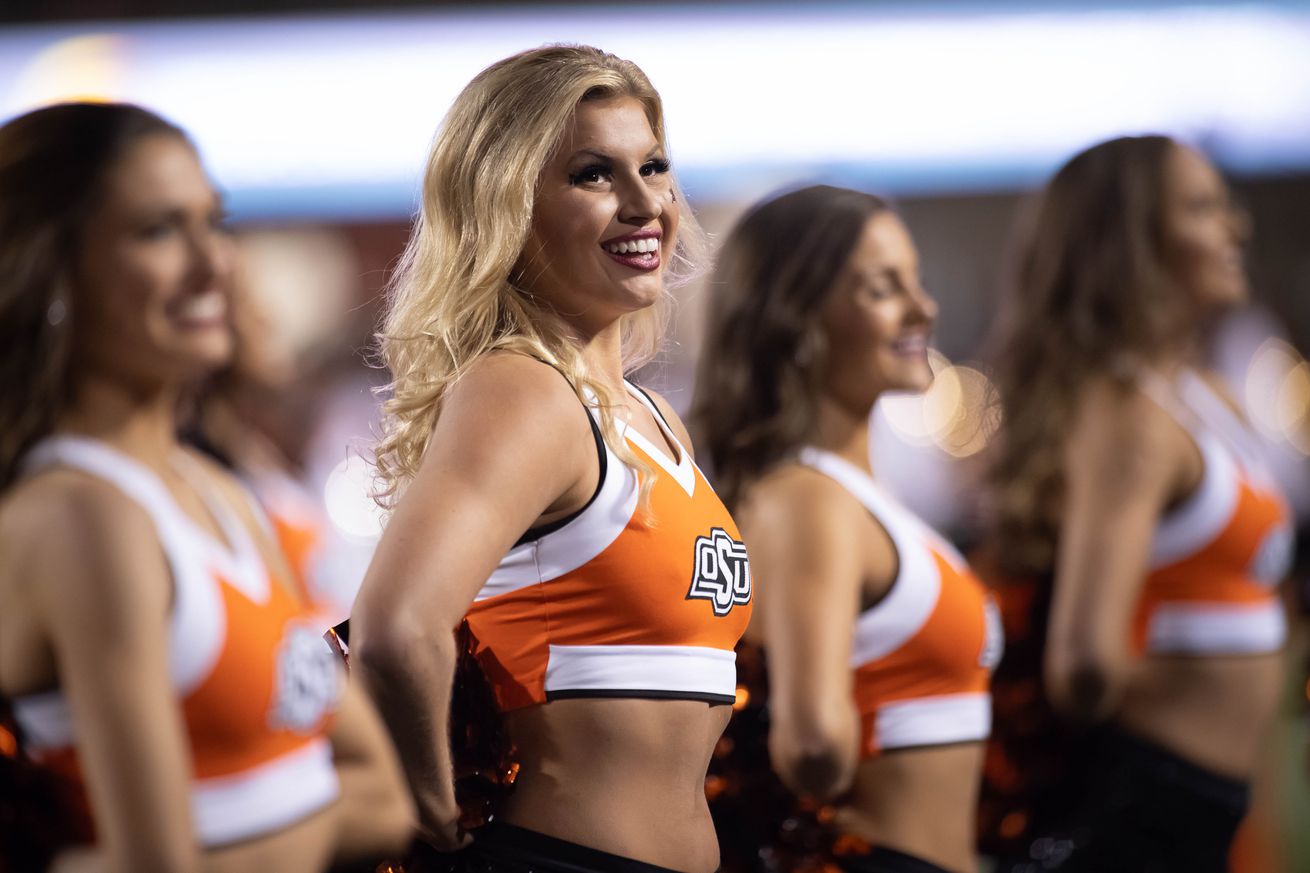 Rob Ferguson-USA TODAY Sports
Welcome to High Noon Highlights, a place to catch up on everything you missed in Oklahoma State Athletics and beyond.

The accolades just won’t stop coming for Oklahoma State running back Chuba Hubbard. Most recently, he was named as a First-Team All-American by Sports Illustrated. Wisconsin running back Johnathan Taylor was named to the team alongside Hubbard.

Hubbard has quietly been one of the best players in the country this season, an explosive rusher who has racked up 1,936 yards and 21 touchdowns on the ground. Averaging 161.33 rush yards per game, he’s a big reason why the Cowboys had a top-35 scoring offense {Sports Illustrated}
​
Shane Illingworth to miss Under Armour All-American game:

Oklahoma State quarterback commit will no longer play in the Under Armour All-American game. He sustained an injury and his recovery is taking longer than expected.

Former Oklahoma State running back Jahmyl Jeter is headed to San Marcus, Texas to play for Texas State. in a Tweet Jeter said:

— Jete (@Teamjeter28) December 11, 2019​
Wolff and Hovland not nervous ahead of weekend tournament:

Take a look at this great photo posted by the PGA Tour communications team.


.⁦@matthew_wolff5⁩ and Viktor Hovland aren’t exactly nervous about being a team of first timers at this week’s ⁦@QBEshootout⁩. ⁦@PGATOUR⁩ pic.twitter.com/kMSKWMP4Yo