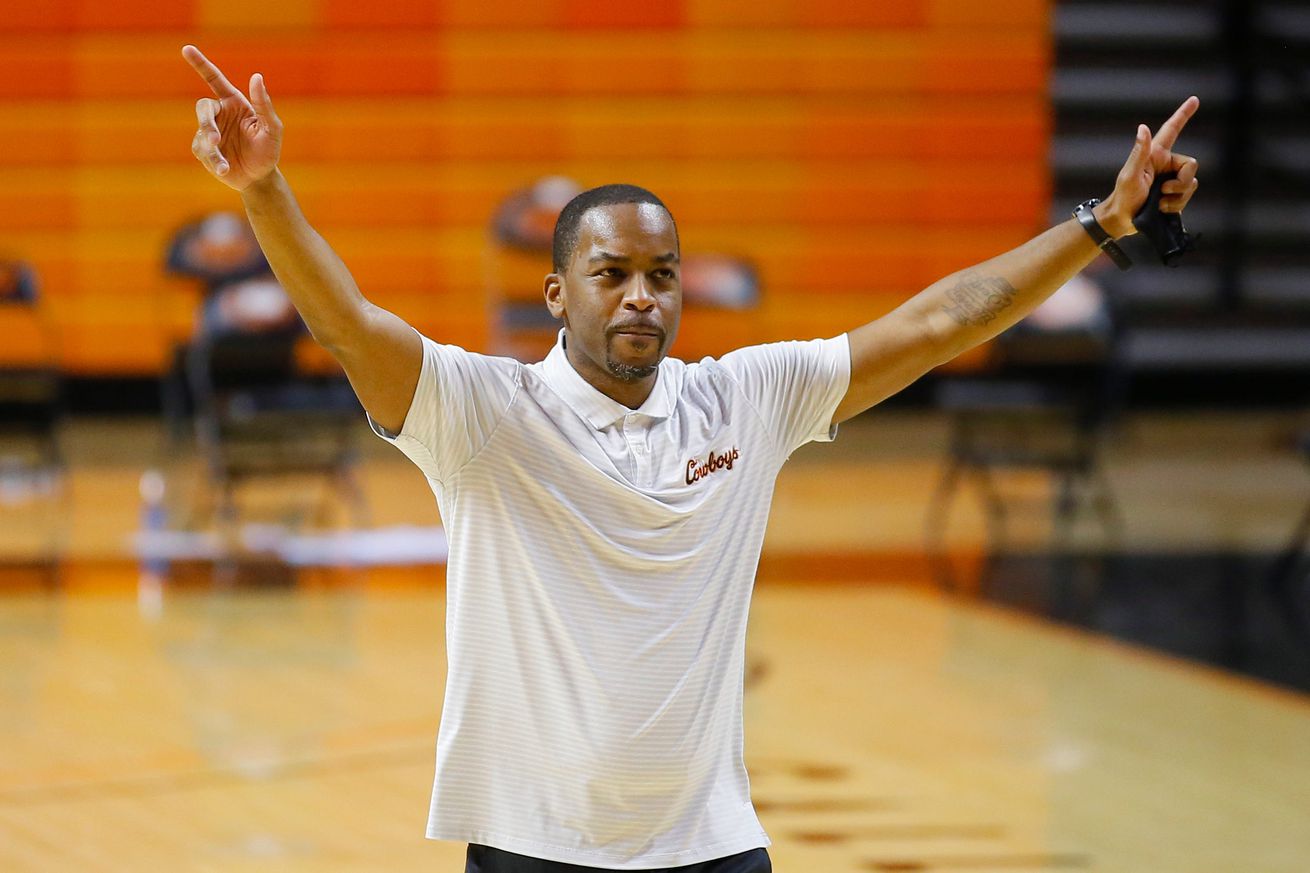 Welcome to High Noon Highlights, your place to catch up on everything you missed in Oklahoma State Athletics and beyond!

The Youtube channel Sports Dissected by COISKI recently got a close-up look at where the Cowboy Basketball program calls home.


“...renovated Gallagher-Iba Arena, which now includes one of the best college basketball locker rooms in the country, a total of 14 luxury suites, an ode to those who died in the tragic plane crash of 2001 and a one-of-a-kind marble staircase that connects the two-story basketball rest haven for the team. It’s safe to say Cade Cunningham lived luxuriously during his lone year at OK State.”
​
Check out the link below to watch the full video!:

When news broke Oklahoma and Texas would be leaving for the SEC, KFOR’s Dyan Buckingham took the chance to talk to former Oklahoma State quarterback Brandon Weeden to get his thoughts on all the recent changes.


On Bedlam: “Being an Oklahoma kid, growing up around that rivalry, I’d kinda hate to see it go. Unfortunately, I just don’t see it lasting just with the way that things are going to have to transpire.”

On Oklahoma leaving for the SEC: “College football is a business, and it’s a big money business. Honestly, I think Oklahoma is doing what they’ve gotta do along with Texas. Playing in the Big 12, growing up around the Big 12, it’s going to be kinda decimated. It’s going to be a lot of new faces … if they can even withstand it.”

On where he wants OSU to land: “Without doing a whole lot of research, to me, the Big Ten probably has the most to offer. They’ve got good traditional football up there … but then you go down the list of other sports … to me that makes the most sense.” {Pistols Firing Blog}
​
The Case for Oklahoma State in the Big 12 Championship:

Heartland College Sports did a great job giving their argument for and against why the Cowboys will or won't make it to Dallas in December.


The Big 12’s current defensive renaissance truly arrived in 2020 as West Virginia, Oklahoma, Iowa State, and Oklahoma State played the roles of de’ Medici, da Vinci, Michelangelo, and Copernicus in a league long known solely for its offensive supernovas while the defenses languished in the dark. OSU finished last season ranked #1 in the nation in 3rd down defense while tying for first in defensive touchdowns with Alabama, LSU, and others. There’s room for improvement in the red zone and on first down, but the Pokes return nearly all the key playmakers who helped them hold opponents to just 23.45 points per game in 2020, including safeties Kolby Harvey-Peel and Tre Sterling, linebacker Malcom Rodriguez, and defensive ends Trace Ford and Tyler Lacy {Heartland College Sports}
​
Around the Big 12:

What’s the sale on Oklahoma State