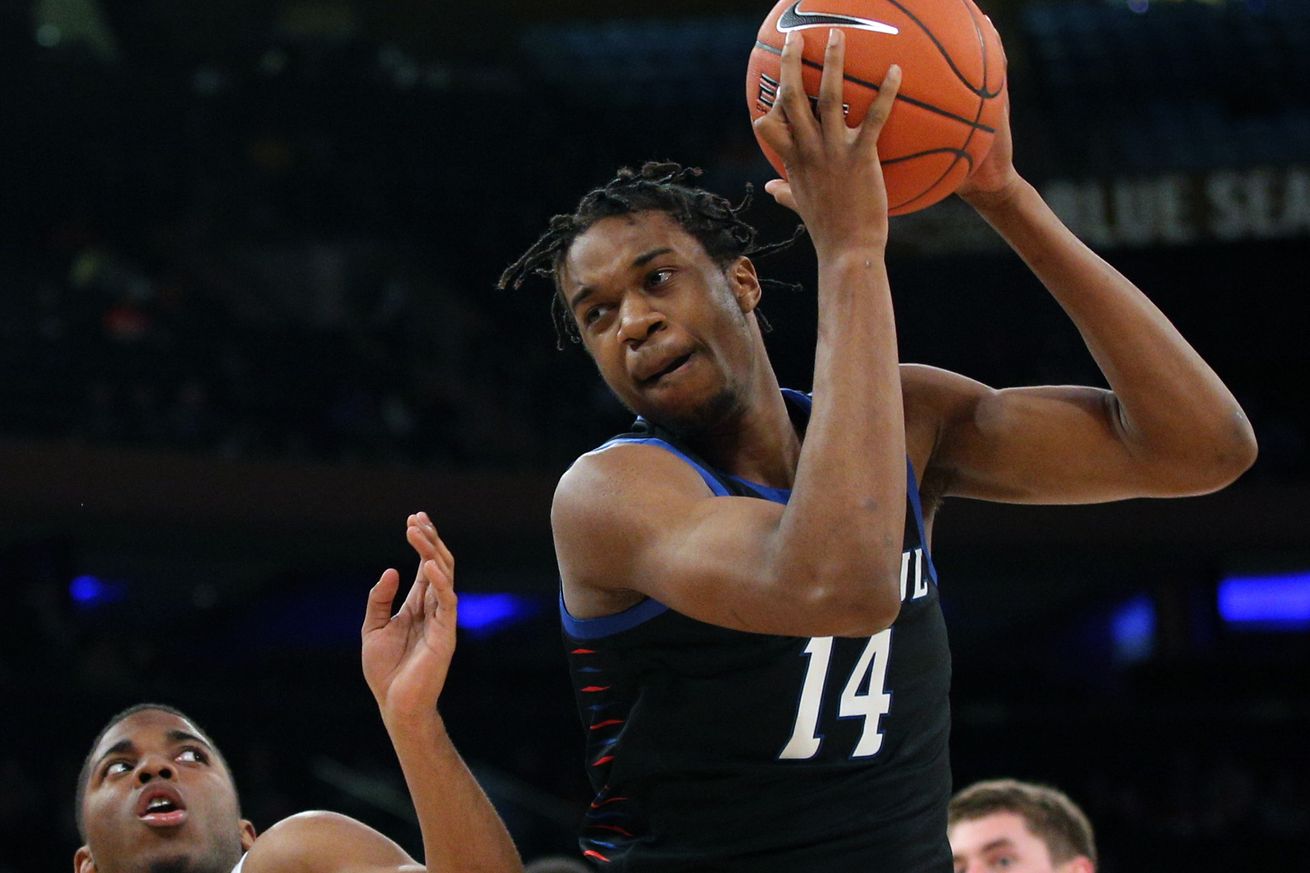 The Cowboys could be adding some much needed size soon

One of the biggest needs for Mike Boynton this offseason is to add some size under the rim. He’s one step closer to doing that.

Sophomore center Nick Ongenda has set a top-three that includes OSU, along with Texas or a potential return to Depaul.

— Tobias Bass (@tobias_bass) April 20, 2021​
At 6-foot-11, Ongenda would be the tallest player on the roster if he commits to Oklahoma State, topping forward Bernard Kouma who stands at 6-foot-10.

Ongenda saw his minutes nearly double for Depaul, from 9.9 minutes his freshman season to 18.4 this year. With it came an increase in scoring from 2.7 points per game to 5.7. He also average 4 rebounds and 1.5 blocks per game while shooting 59.7% overall.

Ongenda joined Depaul as part of their 2019 class, coming from Southwest Christian Academy in Little Rock, Arkansas where he played high school ball. However, he is originally from Mississauga, Alberta, Canada and should fit right in with fellow Canadian Matthew-Alexander Moncrieffe.

Oklahoma State currently has one 2021 commit in transfer Woody Newton from Syracuse. The Cowboys are also in on a number of other high school and transfer prospects.