CRFF - Oklahoma State to host Tulsa for single nonconference game in 2020, per report 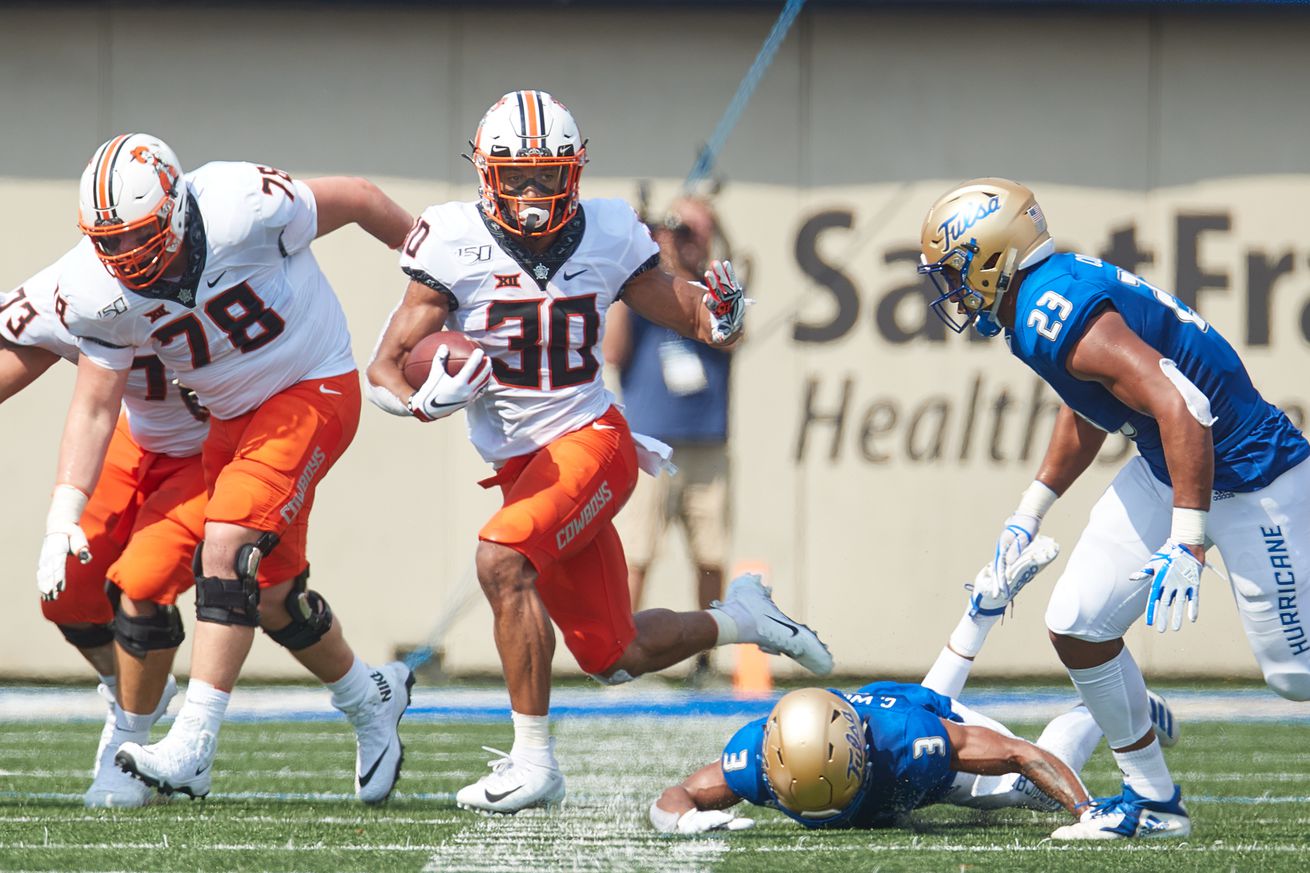 Photo by David Stacy/Icon Sportswire via Getty Images
The Cowboys will reportedly drop their scheduled game against FCS Western Illinois.

Oklahoma State will kick off its 2020 season Saturday, Sept. 12 against Tulsa at Boone Pickens Stadium in Stillwater, according to Pokes Report.

OSU was slated to face Oregon State on Thursday, Sept. 3, until the Pac-12 announced in mid-July it would move to a conference-only schedule amid health concerns surrounding the coronavirus. The Cowboys were then left with two nonconference opponents in Tulsa and FCS Western Illinois, but they’ve decided to drop the later after the Big 12 announced Tuesday it would go with a 10-game schedule with one nonconference game.

OSU’s decision to keep Tulsa gives the Cowboys a better strength of schedule and will limit travel for their opponent with Tulsa only an hour away. Tulsa is set to play its home opener against Toledo on Saturday, Sept. 5 at H.A. Chapman Stadium.

The Big 12 has not published its revised schedule.