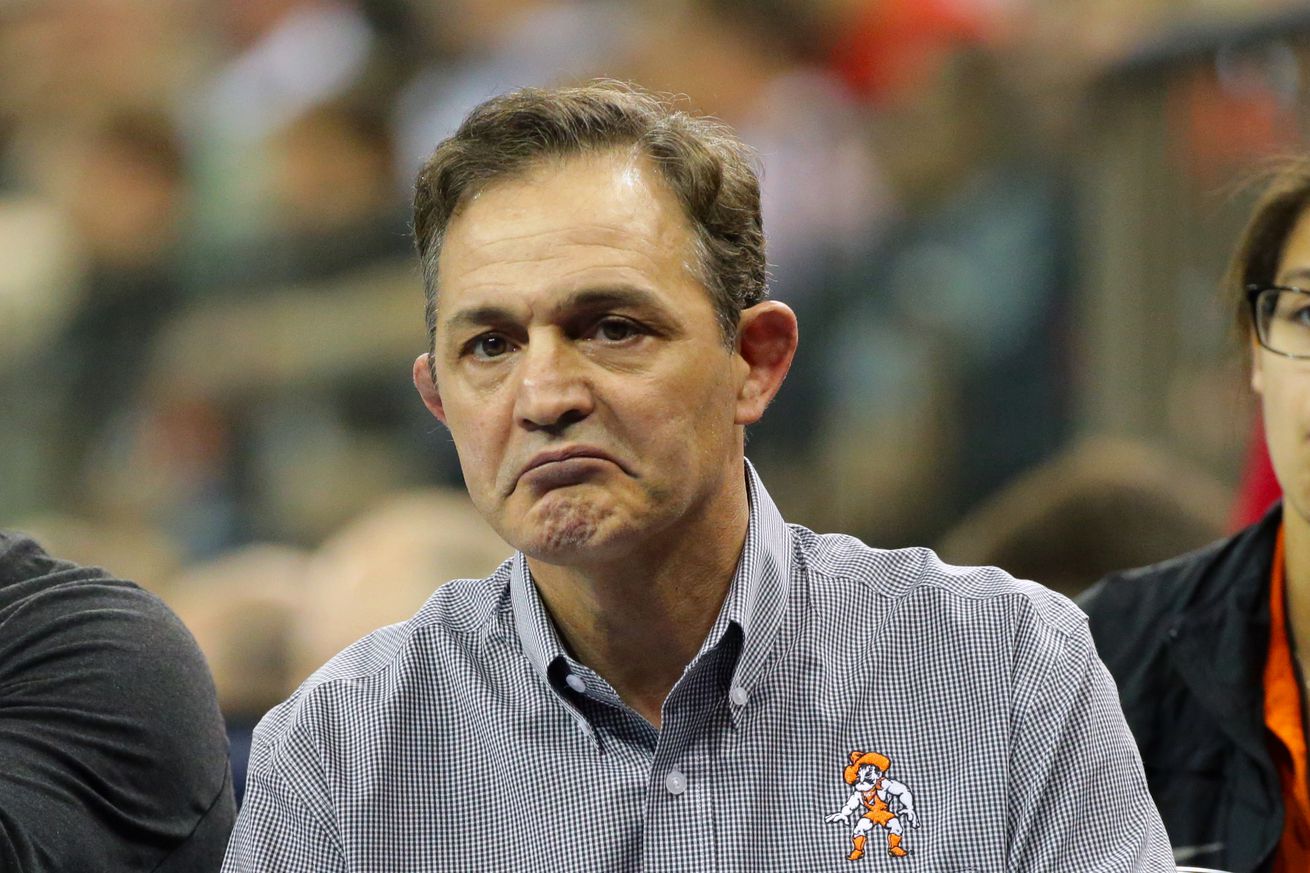 A controversial illegal slam call goes against the future Cowboy.

Mastrogiovanni, who is ranked No. 4 in the country at 152 out of Blair Academy in New Jersey, took a 2-0 lead 18 seconds into the match with a takedown then Harkins of Pennsylvania’s Malvern Prep cut the deficit to 2-1 with an escape at the boundary line.

Mastrogiovanni was called for stalling 35 seconds into the second period when he failed to return Harkins to the mat, and Harkins made it 2-2 with an escape with 1:19 left in the frame.

The future Cowboy looked poised to take a 4-2 lead off a single-leg takedown, but an official made a questionable call and hit Mastorgiovanni for an illegal slam.

Mastrogiovanni rolled out of bottom only four seconds into the third period to take a 3-2 lead. Harkins tried to score a takedown on a left single-leg, but Mastrogiovanni blocked it and passed through it to get a restart with 1:08 remaining.

Mastrogiovanni built his lead to 5-3 with a double-leg takedown with 47 seconds left.

But after a restart, Mastrogiovanni dropped down to Harkins’ right leg and was unable to return him to the mat before being hit for stalling with 23 seconds to go. Harkins then kicked out seven seconds later to send the match to sudden victory.

Mastrogiovanni took a shot right off the whistle that was blocked then Harkins tried to do an inside trip from a front headlock, but Mastrogiovanni lifted him into the air as the two came close to the line. Mastrogiovanni went for a go-behind, but Harkins was able to step over and got the fall despite both wrestlers’ feet touching out of bounds for a split second.