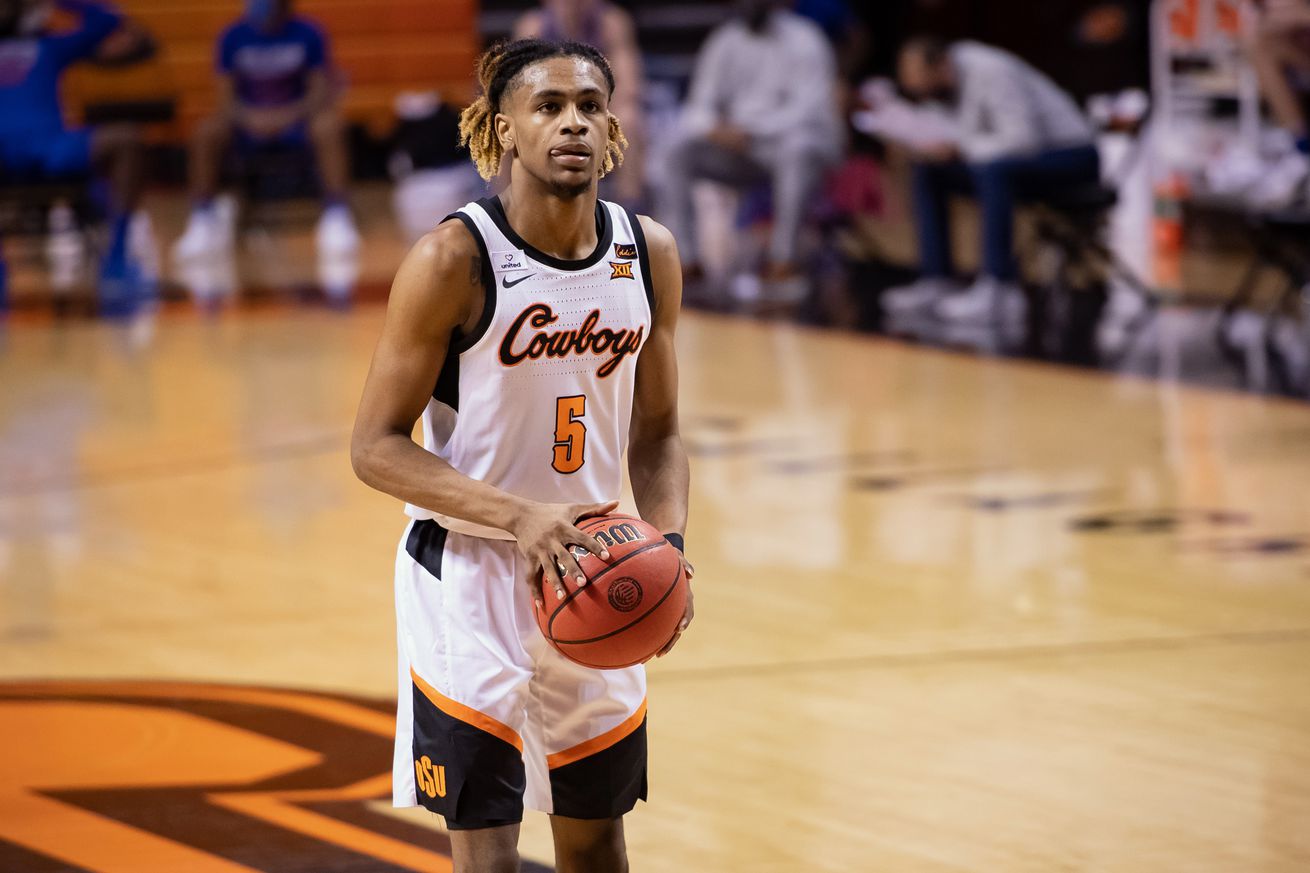 The Cowboys win it in a close one.

Well, I suppose they’re the cardiac Cowboys for a reason.

It was another lead collapse that looked like it was not going to end well for the Cowboys. However, this time they pulled it together and sent Kansas away with 75-70 loss. This ended an 11-game win streak on the road for Bill Self and the Jayhawks.

Everything in my opinion that needed to happen for the Cowboys to win this game did. They shot 45.5% from the field and 42.9% from beyond the arc. That was one of my biggest questions heading into this game was if they would be able to hit threes. Two-point shots weren't going to cut it. Another thing they needed, as they talked about in the broadcast, Bryce Williams needed to contribute big. He had 17 points.

— OSU Cowboy Basketball (@OSUMBB) January 13, 2021​
Cade Cunningham had himself a night leading the team in points with 18 and 7 rebounds. He also tacked on three assists and two blocks.

This was a coming out for Cunningham of sorts.


This sequence by Cade Cunningham and Oklahoma State to take the lead on No. 6 Kansas pic.twitter.com/ymV5Ktbngp

In addition one of the other things I thought needed to happen was staying out of foul trouble. That happened for the most part with no one fouling out. They also played well at the boards with Rondel Walker ending the game with a career-high 10 rebounds. From the charity stripe, they went 80%. Not bad, room for improvement, but not bad.

Kansas’ David McCormack lead the game with 24 points as he attempted to lead Kansas to a comeback. He was a menace for the pokes who didn't seem to have a total answer for him.

It seems as if bad energy had been expelled. As if, they have been able to put something behind them that had been eating at them for the past few games. This team finally found the grit they needed to pull out the win.

However, this giving up double-digit leads in the second half has got to stop if the Cowboys want any sort of shot of making the tournament. They have got to make sure this propensity does not come back. Tonight was certainly a good start, but they need to take what they did tonight and find a way to bring it back when these kinds of games rear their ugly head. These scoring droughts are killing this team and they have to find a way to keep them at bay.

The Cowboys will take on their rivals down south, Oklahoma on Saturday at 7 p.m.