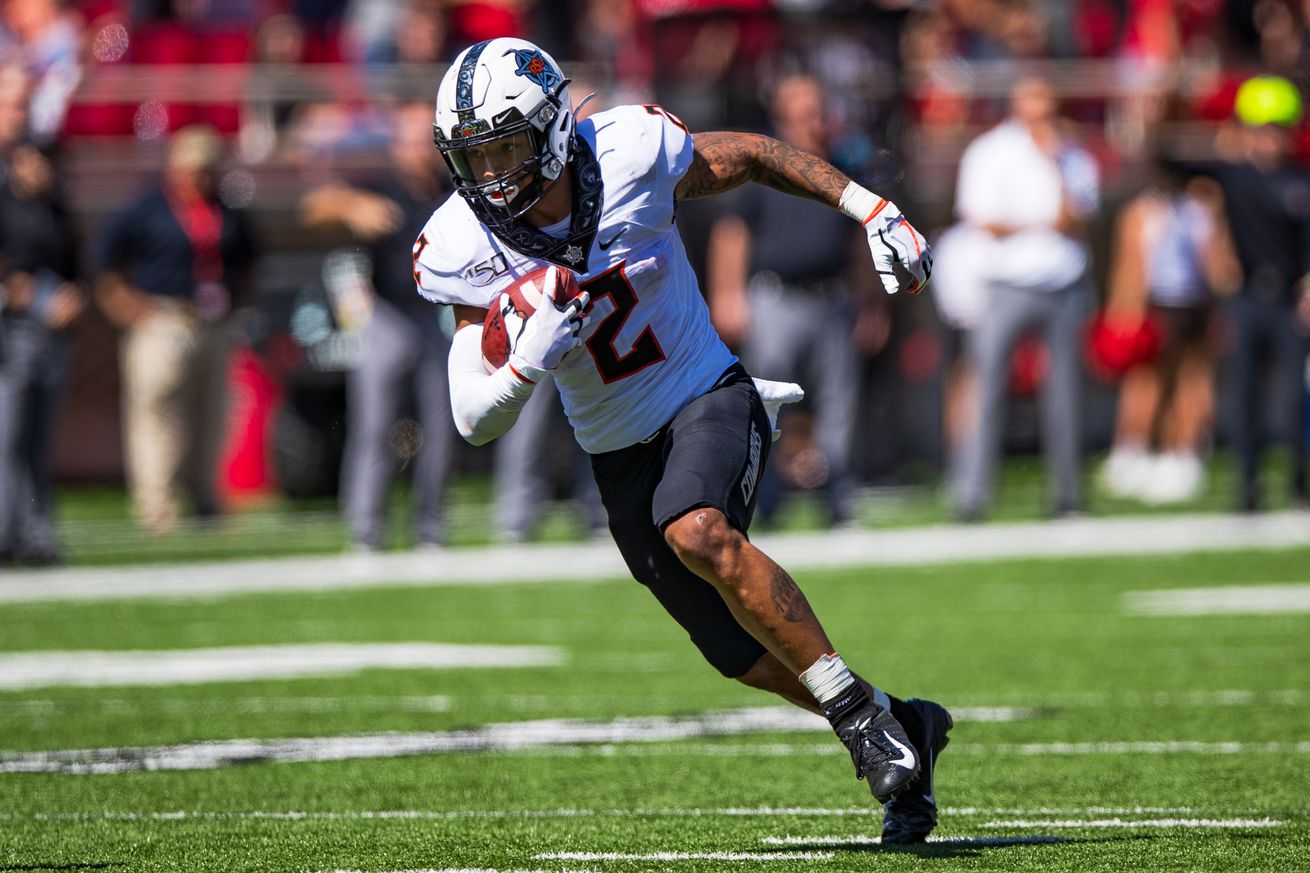 Photo by John E. Moore III/Getty Images
The senior wide receiver had to get creative with his workouts during quarantine.

Tylan Wallace had to get creative with his rehab from an ACL injury.

The Oklahoma State senior wide receiver had no choice but to if he wanted to be back on the football field this fall. So Wallace turned to an unlikely source while at home once the spring semester went online due to health concerns surrounding the coronavirus pandemic.

The source to help him strength his knee? Cat litter for his brother’s cat.

“At home, I was trying make work with whatever I had,” Wallace said during a Zoom interview with media Wednesday. “At one point, I was doing squats with cat litter, a 40-pound box of cat litter, so I was trying to do anything I could to make it work. I was working out at home in my living room. I was jogging around on trails, I was doing whatever I could to try and stay in shape.

Wallace, who practiced for the first time since the injury Wednesday, said his rehab process became easier when he returned to OSU this summer.

Wallace caught 53 passes for 903 yards, including four 100-yard games, and eight touchdowns in eight games before his injury. He ranks sixth in program history with 2,512 receiving yards and is tied for sixth with 20 receiving touchdowns. He has 11 games with 100 or more receiving yards in the past two seasons.