CRFF - Is this the year Sam Ehlinger and Texas snap the losing streak against Oklahoma State? 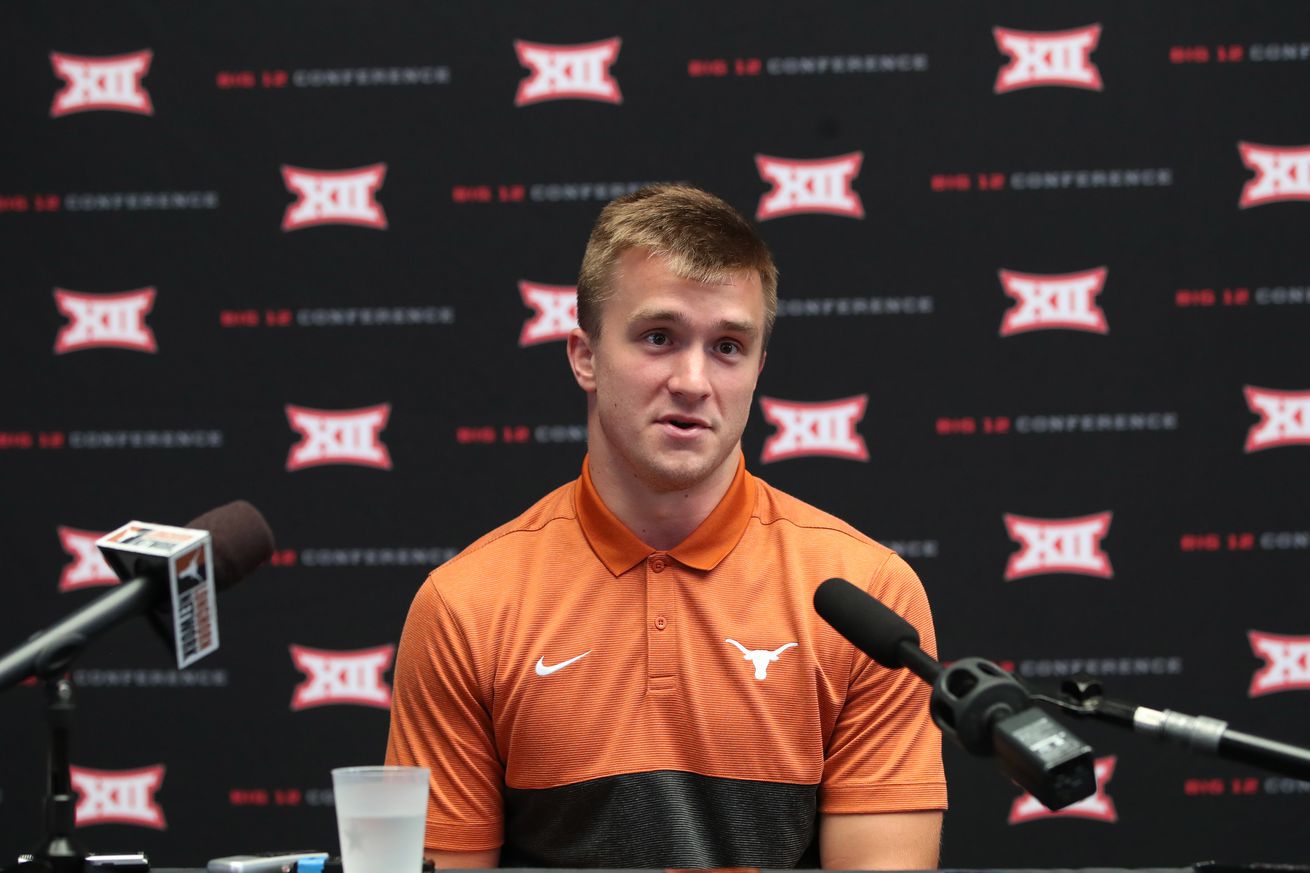 Kevin Jairaj-USA TODAY Sports
Texas QB Sam Ehlinger hasn't beaten the Pokes yet. He has one more chance to do it.

ARLINGTON, Texas— Sam Ehlinger is about to enter his third year as the quarterback at the University of Texas. One thing he hasn’t done yet? Defeat Mike Gundy and Oklahoma State.

I decided to ask the preseason all-conference quarterback what he thought it would take for his team to get that win against Oklahoma State.

“That’s a good question,” Ehlinger said. “I think [Oklahoma State's] done a great job these past couple of years of continually pumping out really good teams. And they’re competing in every game that you watch.”

In 2017, Oklahoma State won a interception to Ramon Richards in the endzone (from Ehlinger) that ended the game. The following year, Dillion Stoner recovered an onside kick that allowed Oklahoma State to run the clock out after Texas had scored a touchdown with 1:46 left to bring the score within three.

So what is it that Texas needs to do to come away with a win against a team that they’ve come so close to beating?

Texas isn’t likely going to be the Texas of old quite yet in 2019 (in the sense that they’re competing for National Championships). However, the elements are there to be on their way.

Look at the turnaround from last year. They went from losing to Maryland for a second straight year in week one to a light bulb going off and beating OU in their regular season game and competing for a Big 12 title. Then, the Longhorns went to the Sugar Bowl and beat Georgia. Ehlinger thinks Texas just needs to keep working if they want to win against the Cowboys.

“I think it’s just continuing to progress a program is something that we gotta do,” Ehlinger said, "to continue to get better.”

This game (like all of them) is going to be an important one. It’s the Big 12 opener for both teams. It’s likely going to set the tone for the rest of conference play. Will Ehlinger and Texas progress enough to get that monkey off his back? We will have to wait until September 21st to see.

If recent history has anything to say about it, it's going to be a great game with fans from both sides sitting on the edge of their seats.