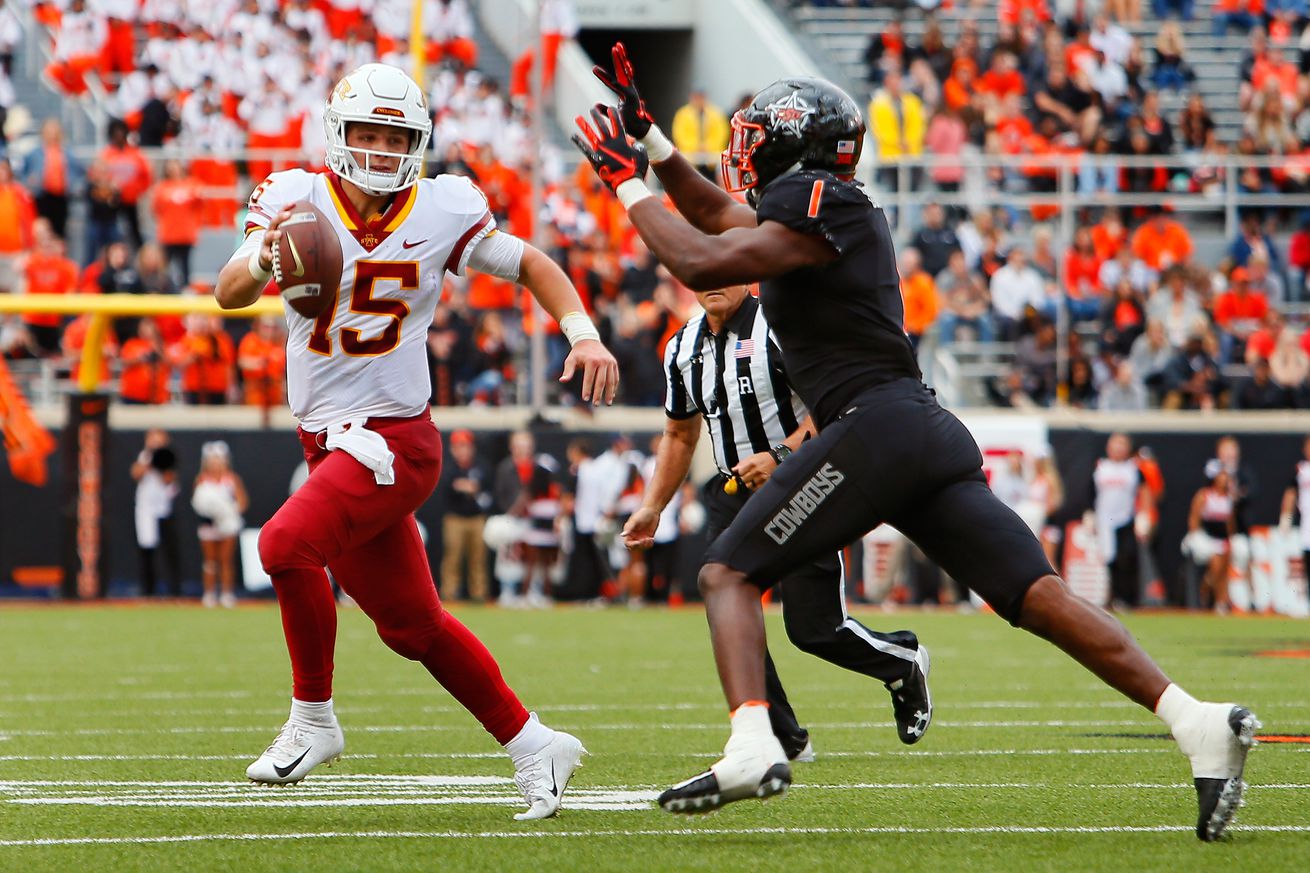 Photo by Brian Bahr/Getty Images
The Cowboys play their first game against a ranked opponent this season.

No. 6 Oklahoma State will play its first game after two weeks off when they host No. 17 Iowa State at Boone Pickens Stadium in Stillwater. Kickoff is set for 2:30 p.m. on FOX.