CRFF - Oklahoma State football: How many wins is returning production worth for 2020? 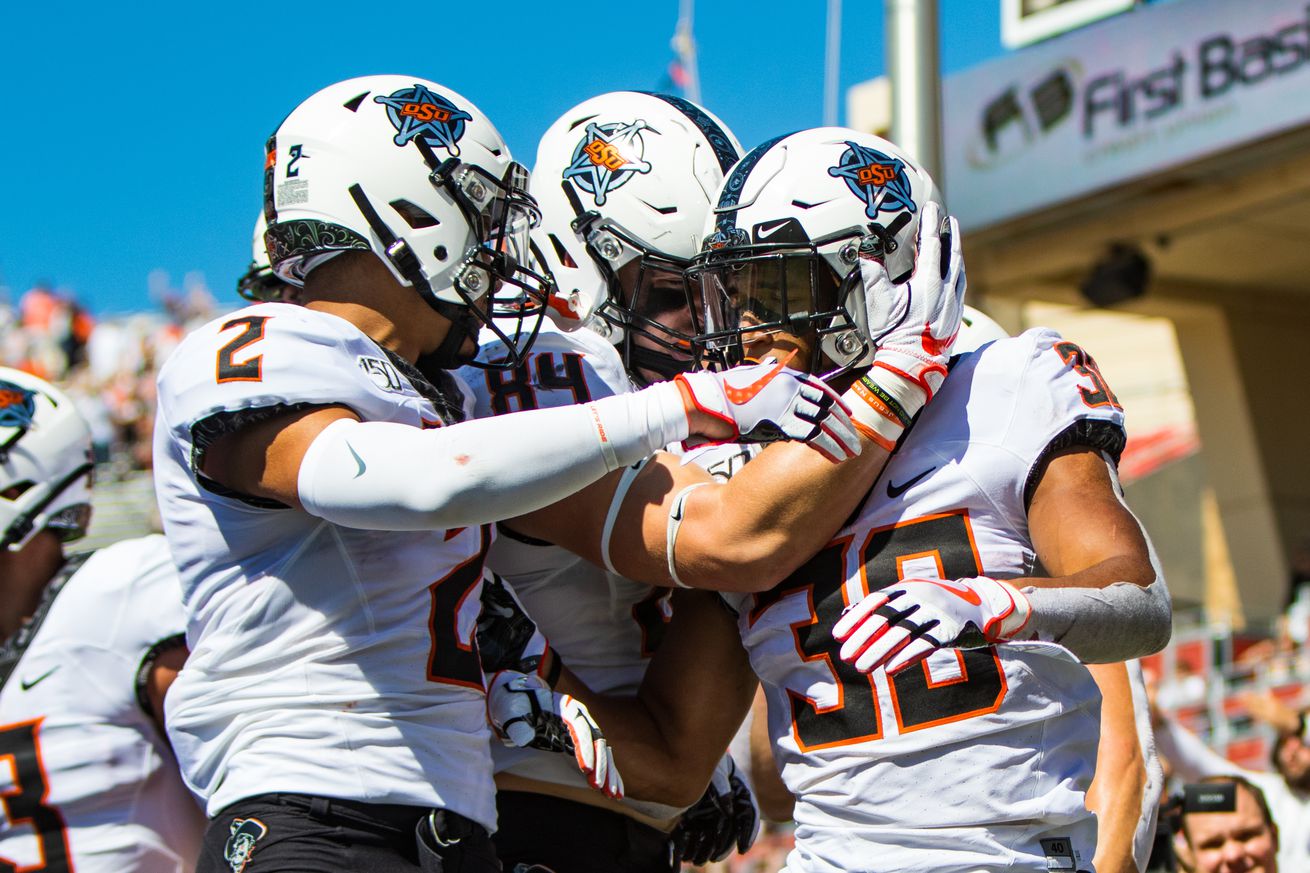 Photo by John E. Moore III/Getty Images
What can past data tell us about 2020’s ceiling?

If you haven’t heard by now, Oklahoma State will have a lot of returning talented players for the 2020 season

OSU has a two main pieces returning on offense, with running back Chuba Hubbard — the FBS’ leading rusher in 2019 — and wide receiver Tylan Wallace — a 2018 Biletnikoff finalist — delaying their entrance into the NFL for one more year. There’s also a lot of defensive stars entering their junior and senior years having spent their college careers growing up in defensive coordinator Jim Knowles system as it enters year three in Stillwater. OSU ranks eighth in returning production on defense according to Connelly.

This returning production is a big part of why 247Sports is picking the Cowboys as a Big 12 title contender and a “dark horse” College Football Playoff team.

There’s no arguing having a large number of play-makers as well as reliable contributors returning tends to be a good indicator of a successful season. You’d like to think those players might take a step forward, or at least be better suited to win than a team with a lot of youth or that is replacing a lot of production.

But how much does returning production guarantee? Without adding a major weapon or piece to your roster, how can you be sure that the team won’t just be what they were last season?

Connelly has been releasing his “returning production” report since before the 2016 season. Its value is in the fact that it takes more than just “how many starters” or “how many guys” played into account. It weighs certain stats more than others.

What does the data from the 2016-19 seasons tell us? How often does returning production equal more wins? Beyond that, how many more victories?

Let’s keep our focus on the teams that entered each season ranked in the Top-10 in Connelly’s returning production.

Looking at those teams, from the 2016-19 seasons, the average difference in record from the previous season to the one in question was + 2.15.

Of course, that’s an average. The numbers varied from team to team so much that looking at the average really doesn’t tell the whole story. You can nit-pick this stat apart for a number of reasons. Every team is different, plays different levels of competition, has different circumstances (like new head coaches in some cases).

But when you average it all out, 27 out of 40 times the team saw an increase in wins. Only six times did the team win fewer games and only three times was that decrease more than one. 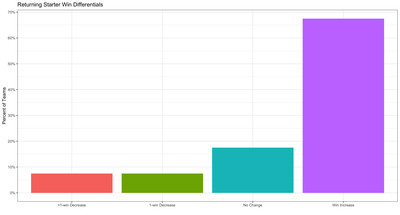 Now we should break this down even more because not all schedules are created equal. So let’s focus on Power-5 teams.

Half of the 40 teams were Power-5 teams, and on average those teams saw an 1.55 wins per season increase with 12 out of 20 seeing an increase in wins. 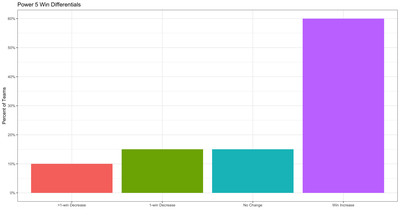 Let’s look at this from another angle; teams with winning records the season before. Most of the teams who saw the biggest increases in the season they returned a lot of production had a losing record the year before. It seems pretty obvious they had the most room for improvement.

Sixteen of the 40 teams finished above .500 the previous year, and those teams won .81 more games on average. Only eight off the 16 finished with better records than they did the year before. 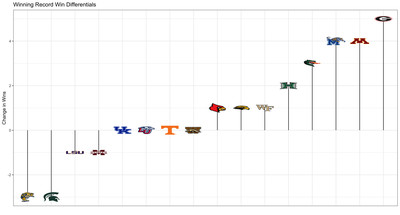 The meeting of these two groups — Power-5 teams who had a winning record the season before having a team with top-10 returning production — is probably too small a sample size to provide a fair prediction for OSU’s 2020 season, but it feels important to list here. There are only nine.

Four of the nine saw a win increase with two seeing a major jump.

It’s all enough reason to believe OSU will see a win increase in 2020.

Now, all of this has to be taken with a large dose of salt. It’s difficult to extrapolate how the 2020 season could go using previous years’ data based on the fact 2020 will be unlike any season before. We have no idea when it will kick off, or what the season will actually look like if and when it does. Plus, if the Big 12 is only playing nine or 10 games, which makes a win increase becomes even more difficult.

While there’s good reason to see an increase in wins, considering how many people are pointing to it as a reason to believe that OSU could make an appearance in the Big 12 title game, you’d think there would be more evidence that it makes a major impact. It’s not nothing, but it may not be something for fans to hang their hopes on as much as sports analysts and journalists are stating.