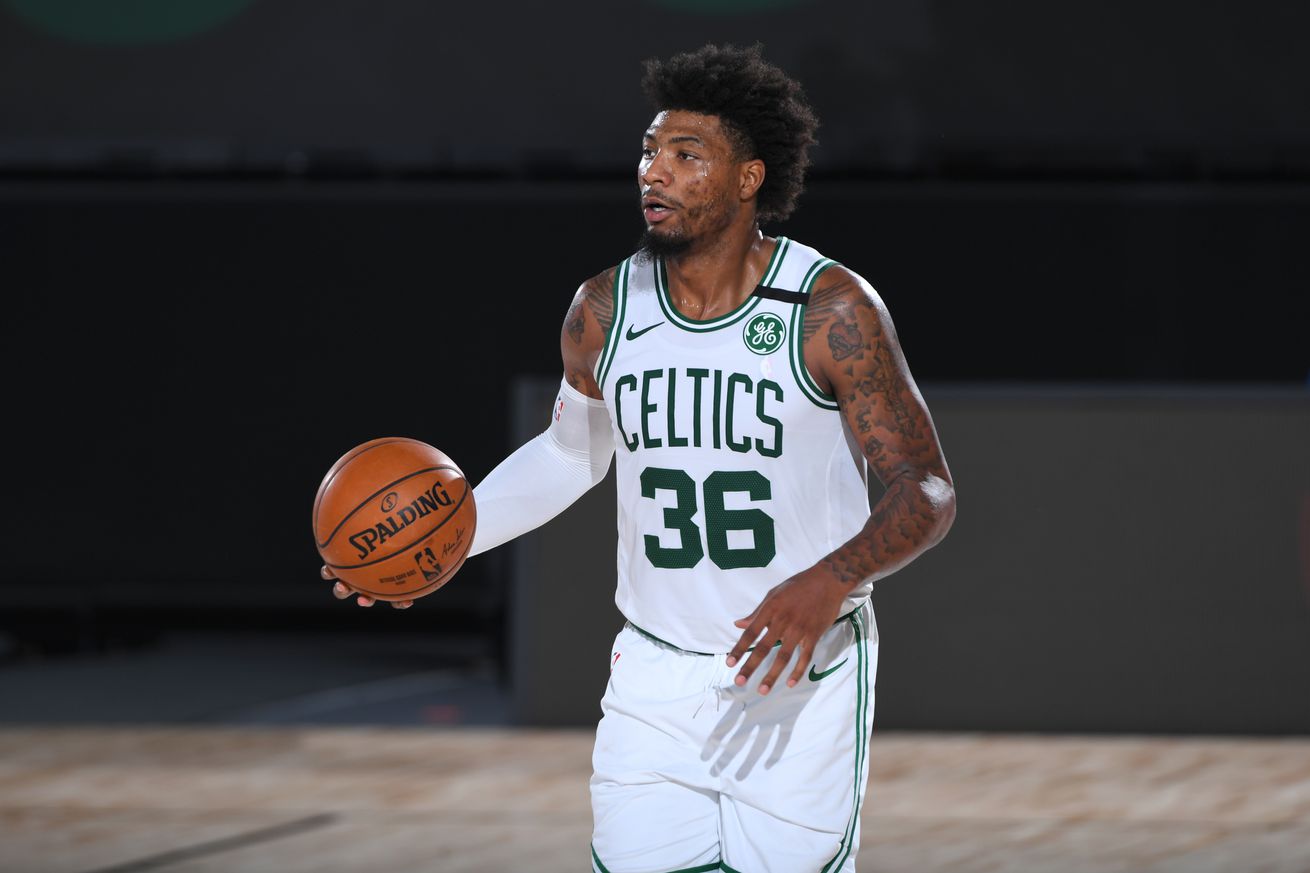 Photo by Garrett Ellwood/NBAE via Getty Images
The former Cowboy will try to help Boston lock up the No. 2 seed in the Eastern Conference before the playoffs.

Marcus Smart will be part of a historic venture by the NBA as the League plays out the remainder of its 2019-20 season in Orlando, Florida.

The NBA suspended its season March 11 after Utah Jazz forward Rudy Gobert tested positive for COVID-19. Smart himself also tested positive soon after the season had been suspended. Both players recovered.

Smart will return to the court Friday night when the Celtics face the East’s top seeded Bucks.

There are currently 22 teams in the NBA’s bubble in Orlando, Florida, and six of those teams will be eliminated from the playoffs after the eight seeding games. Smart and the Celtics have already clinched a playoff spot and will look to move ahead of the reigning NBA champion Raptors for the No. 2 seed during the seeding games.

Smart usually comes off the bench in a sixth man role and is in contention for Sixth Man of the Year. However, when the Eastern Conference Finals roll around in September, if the Celtics are still in the playoffs, Smart could have a much bigger role.

Smart’s teammate Gordon Hayward will leave the bubble for a few days to be with his wife in Indiana for when she gives birth. Hayward will have to quarantine for several days upon his return to the bubble. The Celtics will shift Jaylen Brown into Hayward’s starting spot and insert Smart into the spot vacated by Brown at shooting guard.


Feelin’ this and ready to eat ... pic.twitter.com/fTNBMwnWYw

— marcus smart (@smart_MS3) July 16, 2020​
Six of the Celtics’ eight seeding games will be nationally televised on ABC, ESPN or TNT, and the playoffs will air on those networks as well. Smart is averaging a career high 13.5 points per game and a career high 4.8 assists off the bench.