As I wrote earlier this week, most key players that have come through Oklahoma State — the James Washingtons, Tylan Wallaces of the world — break out by their second year and separate themselves early on from their contemporaries.

Yet every so often, either due to injury or attrition or simply opportunity, veteran players break out late — zero-to-hero style.

The player that best exemplifies this is Taylor Cornelius, a former walk-on quarterback who, in 2018, took on the role as OSU’s starting quarterback as a fifth-year senior. Prior to 2018 Cornelius had completed just 15 passes. But Mason Rudolph’s departure coupled with Spencer Sanders not quite being ready to become QB1 left OSU to turn to the veteran, who was familiar with the system, had a strong arm and a big frame.

Thus, today I am unveiling the first-ever All-Taylor Cornelius team of candidates — a look at five veteran OSU players who perhaps have played sparingly during their career but may see a larger-than-ever role this upcoming season due to varying circumstances.


A few of the names on this list are dart throws, but this one I’m confident is a bullseye. Schneider, a former walk-on, is likely to start at center from day one this season with Johnny Wilson now gone. He played in 12 games in 2019 and started in five, so he’s already a known commodity. But he’ll go from rotation player to key starter on OSU’s front line.


Look, I know Jelani Woods is still on the team. And if I were betting who would have a bigger role between the two in 2020, it’s Woods and not Logan Carter.

But Woods is far more well-known than Carter. So in my own criteria for this list (which I am admittedly making up as I go), I’m ruling Woods out. That leaves Carter as a potential breakout player.

The former walk-on caught five passes for 15 yards last season and scored twice over the last two seasons, housing 33.3% of his receptions for scores during that time. I’m no math wizard but methinks this man should be in line for, at minimum, 500 targets this season. 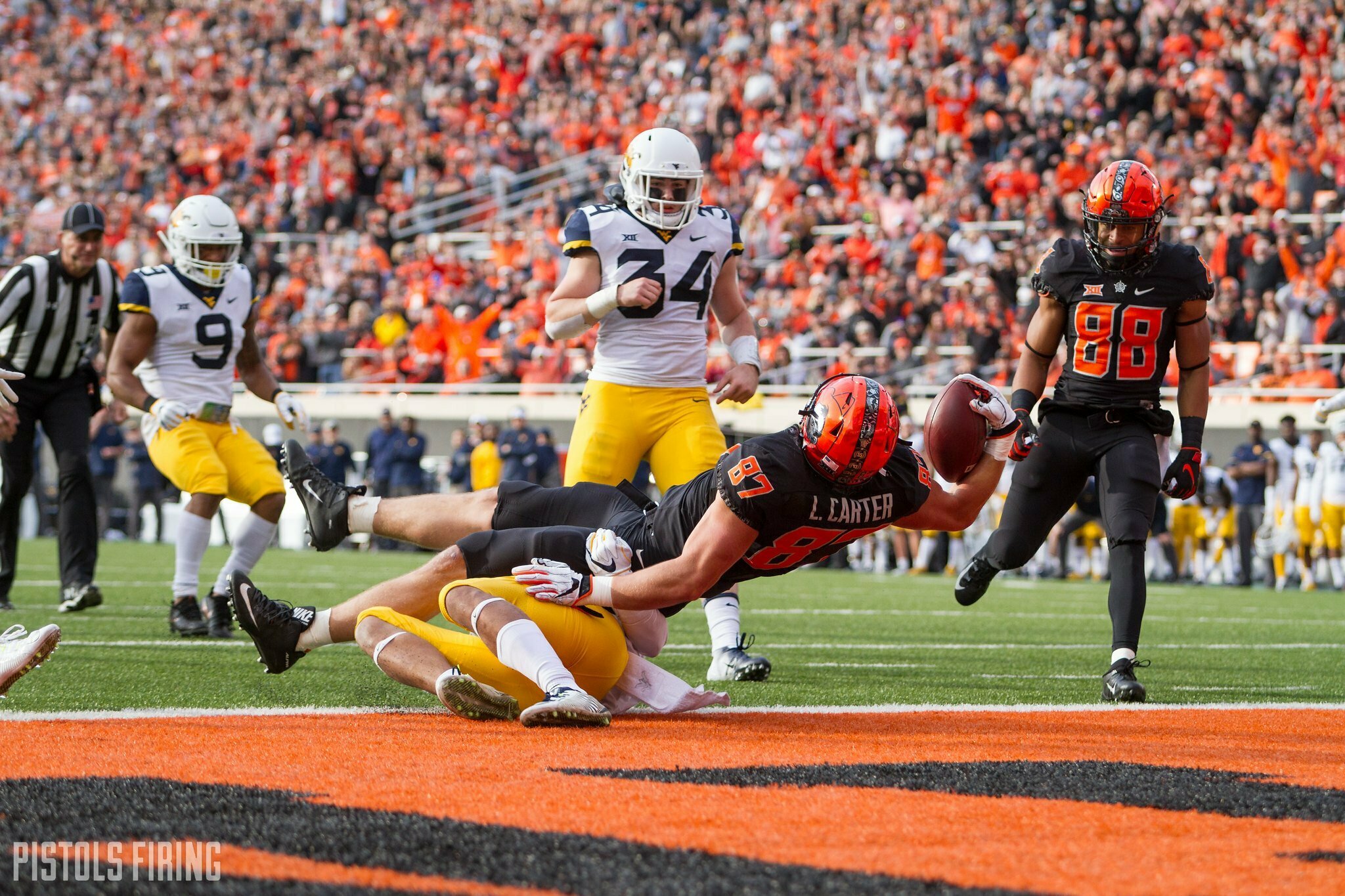 Carter will be a co-starter with Woods at the Cowboy back position, and while he’s been more of a blocker than a pass-catcher, he’s shown enough receiving chops to potentially warrant more looks in OSU’s offense.


A year ago, OSU’s defensive line looked thin and bleak. But with Tyler Lacy, Cam Murray, Brendon Evers and Israel Antwine returning, things look surprisingly solid. Nonetheless, OSU is always an injury away from being thin, particularly along the defensive line.

That makes Amadou Fofana a really interesting backup. The 2018 three-star signee redshirted in 2018 and played in 11 games — albeit sparingly — in 2019.

He has good size and good mobility for a defensive lineman and has pass-rushing chops to be a potential difference-maker off the edge. I was really high on him when he signed with OSU. It could be that what separates him from being a rotation player and a star is opportunity.


Per a source, Chuba Hubbard is likely to be declared as Oklahoma State’s starter at running back this season. (I mean, we’ll see.)

That makes whoever earns the RB2 spot one of the most valuable backups in America. OSU’s offense will run through Hubbard, and adjusting its offense midseason if Hubbard were to get dinged up would be a huge task.

That’s why I think there’s a real chance Dezmon Jackson could legitimately go from unknown to unforgettable. A former junior college standout from Hutch, he played in two games last season and dealt with injuries. But he’s got great size, pretty good (albeit not Chuba-level) speed, and has been mostly durable, 2019 notwithstanding. He has the size and skill to be an every-down back in the Big 12.


Cheating a bit here because Farrell’s still only a redshirt sophomore, but feeling pretty confident he’s a breakout candidate. The 2018 signee redshirted two years ago and played sparingly last season, but he looks to be a candidate to take over starting duties at tackle with Dylan Galloway’s retirement from football earlier this summer.

Farrell was a highly-regarded in-state signee from Sulphur with a punishing style of play who moves well and plays with good leverage.