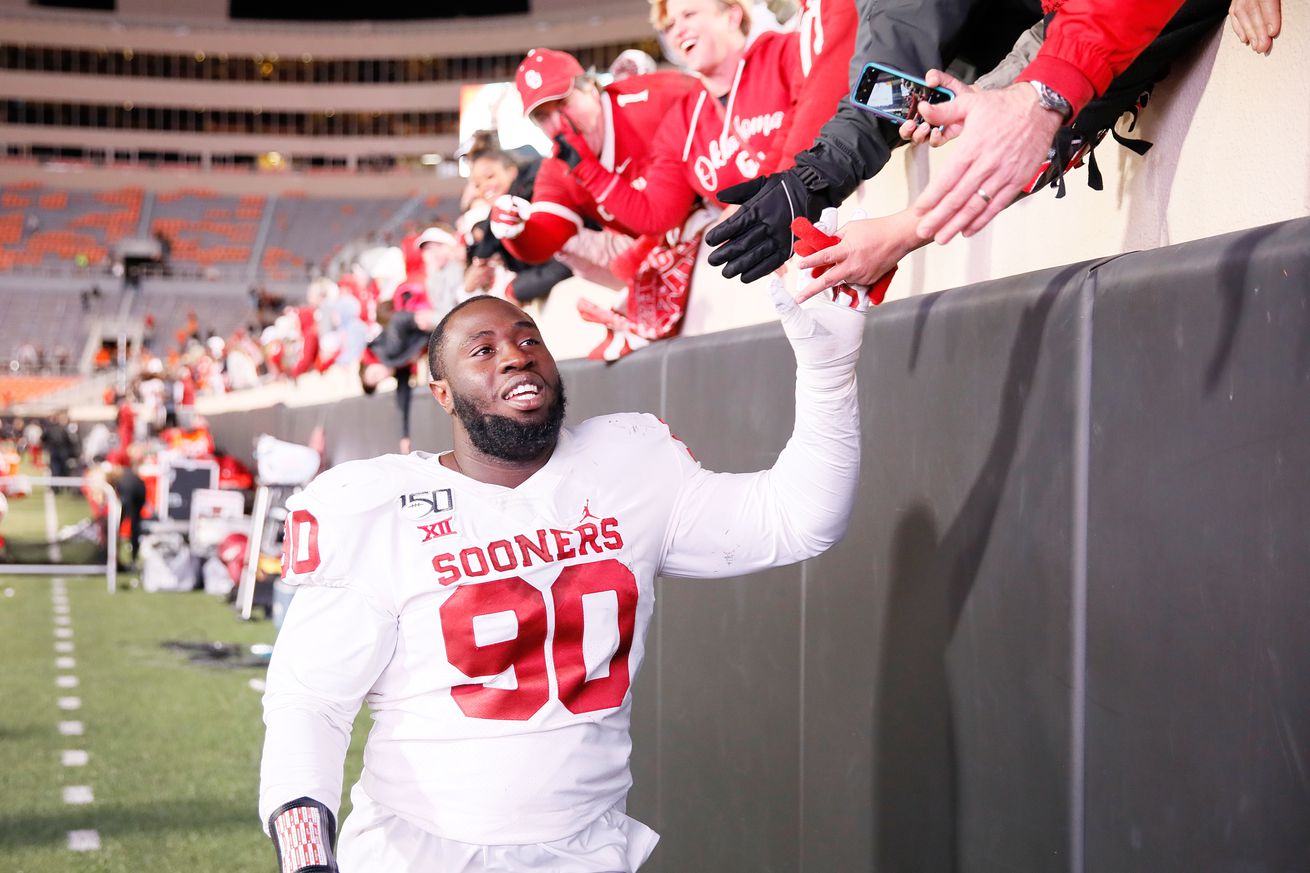 This is a post that’s a little hard to write. Oklahoma State’s Bedlam performance, to me at least, was good not great across the board. A lot of stuff that didn’t hurt, but didn’t move the needle either. That won’t win games against a team like Oklahoma.

Dru Brown finished with 207 yards on 22 completions. That’s 6.5 yards-per-completion, and he did it on 32 attempts. That’s good-not-great. Chuba Hubbard carried the ball 24 times for 104 yards and a score. That’s 4.3 yards-per-carry as the Sooners did a good job bottling him up and forcing Brown to make plays.

Believe it or not, the game was lost on the ground. OU out-rushed the Cowboys 283-128; a product of having one of the better offensive lines in the country. Everything considered, the defense did a good job holding OU to 34 points.

With all that said, here is our top Cowboy performances for the Bedlam game.


The receivers were one of the bright spots on offense. Johnson caught four passes for 77 yards, and it’s worth mentioning that Dillon Stoner caught eight for 61 as well. I decided to go with Johnson in this spot for a few reasons.

Bedlam was Johnson’s highest output of the season in both yards and catches. While it wasn’t necessarily a game-changing performance, it is notable for his best game to come in Bedlam. Again, there’s not much to it, but there’s only so much to pick from...

He was part of a defensive effort that held OU to 34 points, which is tied for the second lowest output for the Sooners this season (TCU allowed 28 while Texas, Baylor and OSU held OU to 34).

In retrospect, the Texas loss was a bad one, but keeping the game within six points on the road with a freshman quarterback playing his first Big 12 game isn’t the end of the world. I believe this team had the talent to be 10-2 with a third place finish in the Big 12. However, most teams can be expected to have one slip up. Oklahoma did. Texas had multiple. Alabama lost to Auburn. It happens.

A young team finishing 8-4 to give themselves a shot at a halfway decent bowl game is an encouraging base for a young team. Oklahoma State graduates two productive offensive lineman, AJ Green, and will potentially lose Chuba Hubbard and Tylan Wallace. The decisions of the latter two will be big. But bringing everyone else back is big.

Nearly all of a defense that proved to be solid over the second half of the season is back. A dynamic quarterback is back in the fold for three more years of eligibility. OSU has proved to reload every year at the wide receiver position, should it lose Wallace. For this season, 8-4 isn’t bad at all.